Cheque is a negotiable instrument in writing containing an unconditional order, addressed to a banker, signed by the person who has deposited money with the banker, requiring him to pay on demand a certain sum of money only to or to the order of a certain person or to the bearer of the instrument. The person who signs on a cheque is called ‘Drawer’ and the person in whose name the cheque has been drawn is called the ‘Payee’. Apart from this, when a party ie payee transfers his right to take the payment to another party, he is called an endorser. The party in whose favour, the right is transferred, is called endorsee. A Cheque has the below details:

Now, let’s have a look at the different types of cheques:

When the word “Bearer” written on a cheque is crossed or cancelled it becomes an order cheque. An order Cheque is payable to a specified person named in the cheque or any other to whom it is endorsed.

Crossing of cheque means drawing two parallel lines on the left corner of the cheque with or without additional words like “Account Payee Only” or “Not Negotiable”. A crossed cheque cannot be encashed at the cash counter of a bank but it can only be credited to the payee’s account. This is a safer way of transferring money than an Uncrossed or open cheque.

A cheque in which the drawer mentions a date earlier than the date on which it is presented to the bank is called an “anti-dated cheque”. Such a cheque is valid up to three months from the date of the cheque. For Example, a cheque issued on 10th June 2020 may bear 10th April 2020.

If a cheque is presented for payment after three months from the date of the cheque it is called a stale cheque. After the expiry of that period, no payment will be made by banks against that cheque.

When a cheque is torn into two or more pieces and presented for payment, such a cheque is called a mutilated cheque. The bank will not make payment against such a cheque without getting confirmation of the drawer.

Technically speaking a person travelling abroad can carry a traveller’s cheque and can use it to withdraw money. However, after the advent of more convenient alternatives, such as credit cards, debit cards, pre-paid currency cards and automated teller machines, their usage has declined.

This is all we have in this article. Wishing you good luck with your preparation! 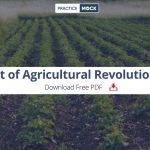 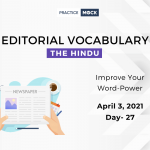