The lag between jabs (Taking a vaccine as a precaution against contracting a disease): On Covishield gap

The Kerala High Court’s intervention regarding the time lag between the two doses of Covishield vaccine is both interesting and unusual. It has asked the Government to allow the scheduling of the second dose four weeks after the first for those who want it. A single judge has held that the relaxation in the 84-day norm for some categories of people, when it is normally not open to the public to get their second jabs earlier, amounts to discrimination (the ability to judge the quality of something based on its difference from other, similar things). The direction that CoWIN, the national vaccination portal, should allow scheduling of the second dose after 28 days — the period initially fixed — for those who want early protection is likely to be questioned on appeal, even though it has its own logic. The petitioners are two companies that have purchased vaccines for their employees and their family members and did not want to wait for the current mandatory (Required by rule) 12-16 week period to administer their second doses. Pointing out (Make or write a comment on) the relaxation from the minimum 12-week rule for some categories among those travelling abroad, the petitioners wanted the same relaxation for employees availing of paid vaccination. The court has countenanced (give permission) this argument favourably and termed as discriminatory the denial of “early protection” to those who wanted the second dose after 28 days.

The court framed it as an issue over “better protection” offered by the scientifically validated 12-week gap between two doses, and “early protection” favoured by individuals. The Union government argued that the relaxation was to meet unavoidable contingencies (A possible event, occurrence or result), and an earlier second dose could not be claimed as a matter of right. The court based its order on what it believed to be “discrimination” in favour of some sections but refrained (Restrain oneself from doing something) from deciding the question “whether a person is entitled to make a choice between early protection and better protection” while accepting the Government’s free vaccine. It is fairly obvious that a delayed second dose enables reaching more people for their first dose. This means the order to allow earlier administration of the second dose could impinge on the public health objective of giving some protection to more people rather than full protection to fewer people. To that extent, the court’s intervention in a policy matter may invite an appeal. However, it also raises the issue whether the policy of an 84-day gap between doses should continue, given the increased pace of vaccination. Despite being approved by experts, the change from the four-to-six weeks norm to the current 12-16 weeks may have been dictated as much by higher efficacy (Capacity or power to produce a desired effect) as by the extent of vaccine availability then. The time may have come for the Government to review the norm and allow a shorter gap based on the availability of vaccines and COVID-19 prevalence (accepted, done, or happening often or over a large area at a particular time) in a given geography. 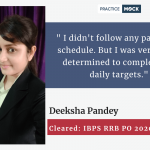 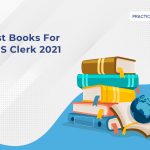