South Korea’s newest legislation, dubbed the ‘anti-Google’ law, is something that Indian lawmakers should consider emulating (Strive to equal or match, especially by imitating). Last week, its Parliament passed an amendment to its Telecommunications Business Act with the aim of preventing app store operators, such as Google and Apple, from forcing app developers to use their in-store payment systems, for which they charge exorbitantly (Greatly exceeding bounds of reason or moderation). The new law is also a check on the unfair use of market position. With digital commerce becoming ubiquitous (Being present everywhere at once), and with the Googles and the Apples controlling this experience through their platforms, it has become imperative (Some duty that is essential and urgent) for government laws to regulate them. South Korea happens to be the first off the block (quick or slow to do something). But a lot of other jurisdictions are not far behind. Australia, which only recently brought in a law to make Internet platforms pay media companies for displaying their content, is now reportedly thinking of bringing digital payment services such as Apple Pay, Google Pay and WeChat Pay under its regulatory ambit (An area in which something acts or operates or has power or control). The European Union’s draft law seeks to make these large platform companies, “gatekeepers” as it refers to them, comply with a set of dos and don’ts that gives the smaller companies a fair chance. The EU proposal is also centred around customers having more choice.

But that is not all. In the U.S., last month, three Senators brought in a Bill much along the same lines. Introduced by Democrats Richard Blumenthal, Amy Klobuchar, and Republican Marsha Blackburn, it aims “To promote competition and reduce gatekeeper power in the app economy, increase choice, improve quality, and reduce costs for consumers.” All this is happening in the backdrop (the general situation in which particular events happen) of the pending verdict in the well-known case in which Epic Games, the company behind ‘Fortnite’, sued Apple on this very issue. The legal move was triggered after Apple ousted Epic from its platform for putting up its own payment system, bypassing Apple’s. The app store operators are clearly on the back foot (at a disadvantage) the world over. In India too, the angst (a strong feeling of being worried or nervous) of app developers has been evident in recent times. According to a report, Apple is facing an antitrust challenge in India from a Rajasthan-based non-profit called ‘Together We Fight Society’ on this issue. It remains to be seen if the regulator, the Competition Commission of India, orders an investigation. Last year, it started investigations into similar allegations against Google. A law to regulate app store operators is not a drastic departure from this government’s thinking on such issues. Only recently, it promoted the setting up of the Open Network for Digital Commerce to “democratise e-commerce” and “to provide alternatives to proprietary e-commerce sites”. The challenge, however, is to protect the smaller sellers and developers without undermining the ecosystem for technological innovation. 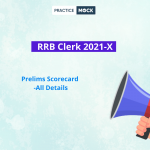 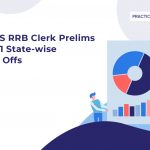