The release of al-Saadi Qadhafi, son of former Libyan dictator Muammar Qadhafi, from prison comes at a time when the unity government in Tripoli is trying to disarm militias, mobilise state institutions and organise elections to end the ongoing conflict. Mr. Saadi’s brother, Seif al-Islam, seen as the heir apparent (a person who is first in an order of succession and cannot be displaced from inheriting by the birth of another person) of Qadhafi before his regime was toppled (to remove (a government or a leader) from power) in 2011 by a NATO invasion, had indicated in July that he would contest in the scheduled December elections for President. Mr. Saadi had been accused of crimes committed against protesters in 2011, and the authorities decided to free him reportedly after talks with tribal elders who were backing the Qadhafi family. “We cannot move forward without achieving reconciliation,” Prime Minister-designate Abdul Hamid Dbeibah wrote on Twitter. The oil-rich North African country has seen little peace since Qadhafi’s demise (a person’s death). NATO had helped different militia groups with air power to defeat his forces back then. But once the regime fell, they began fighting one another. Libya had established a transition government, but it failed to mobilise authority across the country. Soon there were two governments — in Tripoli, the capital, and Tobruk in the east. The Tripoli government, in which the Libyan arm of the Muslim Brotherhood was a part, was backed by Qatar and Turkey, while the Tobruk government, projecting itself as a counterweight to Islamist militancy in the country, was supported by the UAE and Egypt. Libya slid (to go into a worse state, often through lack of control or care:) into chaos.

In 2019, Khalifa Haftar, the renegade (Having deserted a cause or principle) General propping up (Support, help or boost something that would otherwise be weak or fail) the Tobruk government with his militia, started a military campaign to take over Tripoli. He promised to take the whole country under his leadership and establish a stable government. But the Tripoli government, with assistance from Turkey, fought off his forces, which led both factions to accept a UN-mediated ceasefire last year. In March this year, they agreed to install a unity government in Tripoli, which would hold elections and ensure the country’s transition from the civil war. Six months later, there are no healthy signs of such a peaceful transition. All parties had initially agreed to hold elections in December, but have not reached an agreement yet on the constitutional frameworks to do so. A more pressing (Persistently insisting) problem is the frequent fighting between the militias despite the ceasefire. The government has not been able to integrate the militias into the national army. In the east, Mr. Haftar’s troops remain a parallel institution. Libyan authorities do not have any other option but to bring together all factions, including the rump (a small or unimportant remnant of something originally larger) of the old regime, to build a stable state free of civil strife. But any attempt to ensure a peaceful transition would depend on the readiness of the country’s new elite to set aside their factionalism and join hands to rebuild the nation. 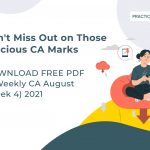 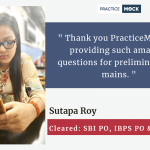