True mettle (The courage to carry on): On India’s parathletes

India saw another fortnight of good tidings in sports from Tokyo. Close on the heels of (following closely after) the recent Olympics there, in which India claimed an overall tally of seven medals inclusive of a lone gold, the country’s differently-abled athletes extended this tale of excellence into the Paralympic Games. The quadrennial (Occurring once in four years, or at the end of every four years) event, which concluded at the Japanese capital on Sunday, witnessed an exemplary (extremely good and deserving to be admired and copied) show by these athletes representing 2.2% of India’s population, who are differently-abled. India finished 24th in the table with 19 medals that featured five golds, eight silvers and six bronzes. This was India’s finest outing at the Paralympics and eclipsed (Be greater in significance than) the previous best of four medals at the Rio de Janeiro edition in 2016. In a nation where sporting culture is sacrificed at the altar of (be sacrificed on the altar of something means to be destroyed by an activity, system, or belief that is bad but more important or more powerful) academic excellence, any news about success on the turf has to be treated as a system-altering result. The challenges for the differently-abled are tougher, considering the body’s limitations that these athletes first cope with through sheer (used to emphasize the size, degree, or amount of something) willpower, and then there is the secondary task of overcoming society’s innate scepticism (Doubt about the truth of something). A simple access-audit of India’s urban buildings would reveal how even a ramp essential for the differently-abled is either missing or added as an after-thought. In 2016, an audit initiated by government agencies did not find a single building that was completely accessible to the differently-abled.

Seen in that context, what India’s paralympic contingent achieved is mind-boggling (Intellectually or emotionally overwhelming). This was a leap of faith mounted on endless hours at grounds and inside gymnasiums while sharpening muscle-memory. The Indian contingent reflected life’s vicissitudes (one of the many changes and problems in a situation or in your life, that you have to deal with) with athletes having personal stories steeped in tragedy: accidents, polio-afflictions or genetic issues. Yet, they strove towards excellence with an effervescent smile in place. Be it athletics, where javelin throwers are the toast of the month, or badminton or shooting, India had its moments of splendour. The five gold medallists — Sumit Antil, Pramod Bhagat, Krishna Nagar, Manish Narwal and Avani Lekhara — led from the front, and the last named 19-year-old shooter also won a bronze. India drew a blank in shooting at the preceding Olympics, but the differently-abled added five medals. The coaches, the Paralympic Committee of India and Sports Ministry played their parts while India excelled in a championship held in the shadow of a pandemic. Since its first medal at the 1972 Paralympics, India was a marginal presence until now. A reflexive-rewards exercise is on from various governments, and the corporate sector. If a percentage of those riches are allocated to improve sports infrastructure for the differently-abled, India will have more reasons for cheer in the coming years. 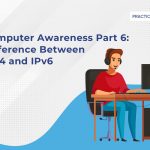