Noble intentions: On the U.N. and the Taliban

The U.N. must ensure that the Taliban uphold human rights and give up terror tactics (an action or strategy carefully planned to achieve a specific end)

As India ended its month-long presidency of the U.N. Security Council this week, the government claimed a victory of sorts for chairing a session that resulted in the adoption of UNSC Resolution 2593, condemning terrorism and urging the Taliban to ensure human rights in Afghanistan. The government has said that the resolution — sponsored by the U.S., the U.K. and France — addressed key Indian concerns, calling for the Taliban to ensure safe evacuations (the process of moving people from a place of danger to a safer place) of Afghans wishing to leave and not allowing Afghan soil to be used for terrorist activity. The passage of the resolution was timely, practically coinciding with the exit of the last U.S. troops from Kabul, and the Taliban’s declaration of complete victory. It also followed on three discussions held under India’s chairmanship that have set out the expectations from the new regime (a government, especially an authoritarian one) in Afghanistan: the importance of upholding rights; to push for an inclusive, negotiated political settlement for government, and condemning all acts of terror, including the recent attack on Kabul airport; preventing any future attacks, and combating of the presence of UN-designated entities. However, the resolution did not contain any consequential language that would give the UNSC’s stated intentions any real teeth (Something has teeth is said to mean that something, such as an organization or a law, has the necessary authority or power to make people obey it), and appears to accept the Taliban regime as the default force in Afghanistan.

While it is very early to consider more punitive (intended as punishment) action against the Taliban for violating their commitments by using the U.N. Charter’s “Chapter 7” mandate, that empowers the UNSC to maintain peace, it is disappointing that the India-chaired resolution does not contain language that would hold the new regime more accountable. The watered-down (to reduce or temper the force or effectiveness of) language was probably on account of severe opposition from Russia and China, who later decided to abstain (Restrain oneself from consuming or doing something). This divide in the P-5 nations will only prove to be counterproductive if the UNSC wants to remain “seized” of the situation, as the resolution affirms. It is hoped that the U.N. system acknowledges the powerful leverage it has in Afghanistan’s future and actualises all mechanisms in its mandate to monitor the progress of government formation. A major tool is the India-chaired 1988 (Taliban) Sanctions Committee, due to meet soon, which needs to ensure that no designated leader of the Taliban and their associates are given recourse (a source of help in a difficult situation) to funds, arms or travel permission unless they show a commitment to international principles. The renewal, on September 17, of the UN Assistance Mission in Afghanistan’s mandate is another lever (something you use, often unfairly, to try to persuade someone to do what you want). As a concerned neighbour of Afghanistan, one that could be drastically affected by an uptick in terrorism there, and a believer in the UN-led multilateral order, India still has a role in Afghan’s future. While it has decided to embark (begin (a course of action)) on talks with the Taliban in Doha, it must continue to play that role on the world stage. 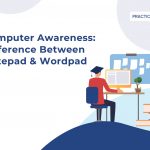 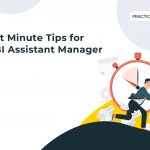