A spike (A sharp rise followed by a sharp decline): On records and COVID-19 vaccination coverage

India on September 17 administered a record 2.5 crore vaccine shots, which an ebullient (Joyously unrestrained) Health Ministry said was the equivalent of the populations of the whole of Australia, two-thirds of Canada and five times that of New Zealand. The only other comparison would be China’s pace of vaccination — 2.47 crore shots on a single day. Thus, 2.5 crore means 62% Indian adults have now got at least one dose and one in five fully inoculated (perform vaccinations). Friday’s drive was part of a concerted push by BJP-ruled States to boost vaccination numbers as a birthday gift to Prime Minister Narendra Modi. But to encourage a behavioural nudge (something that encourages or persuades someone to do something in a gentle way) when supply is abundant and demand is not commensurate (Corresponding in size, degree or extent) — as in the U.S. — and have a marked supply shortage even as vaccine production continues — as in India — are two different things. Bharat Biotech was supposed to be supplying 6-7 crore doses a month from July-August and 10 crore doses a month from September, according to a Department of Biotechnology statement in April. This would mean at least 52 crore doses from July-December, of which 40 crore is to be supplied from September-December. Since the vaccination drive began, only nine crore doses of Covaxin have been administered as of last week — at least three crore short. Several cabinet Ministers, in summer, had boasted that India would inoculate its adult population (about 94 crore) by the year end. This will require over 185 crore doses, or close to one crore inoculations a day; India has now crossed the 80 crore mark. Before the birthday drive, India’s most recent seven-day average was 0.6-0.7 crore. Bihar, Karnataka, Madhya Pradesh and Gujarat, which saw among the highest vaccination spikes on September 17, delivered 6-10 times their previous seven-day average.

India is once again on a downswing (A worsening of business or economic activity) as far as daily coronavirus numbers go, but at close to 30,000 cases a day is nowhere near the all-time low of nearly 10,000 daily cases in February which preceded the catastrophic (Extremely harmful; bringing physical or financial ruin) second wave. The globally most prevalent Delta variant may have already washed over (occur all around someone without greatly affecting them) large swathes (a large part of something that includes several different things) of India, but waning (Become smaller) immunity and the emergence of variants capable of immune escape are thriving too. With educational institutions set to open in a big way during the winter and crores of unvaccinated children vulnerable, the imperative should be to boost daily supplies. India is lucky that there is so far no discernible vaccine scepticism and hesitancy and it has only to really bother with producing and delivering the jab painlessly. Instead of positioning vaccine drives as opportunities to set vacuous records, the Centre must prioritise vaccines to States and districts that are at greatest infection risk and follow up with vaccine makers to speed up and make good on their commitments. 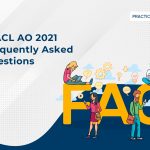