For a bona fide (made in good faith without fraud or deceit) press: On weeding out (remove an inferior or unwanted component of a group or collection) ‘fake journalists’

HC order for weeding out ‘fake journalists’ is well-intentioned, but needs wide consultation

In directing the State government to establish a ‘Press Council of Tamil Nadu’ within three months, the Madras High Court has come close to formulating policy and legislation. Its direction amounts to creating a body and clothing (to endow especially with power or a quality) it with powers and functions, something that is normally done by law and after wider consultations. There is no doubt that it is a well-intentioned order that seeks to address problems arising from the dubious activities of ‘fake journalists’. In fact, the directives may constitute a remedy to the maladies (a serious problem) highlighted by the Division Bench in its recent verdict, but it is quite surprising that such a far-reaching measure has sought to be created by judicial direction while disposing of public interest litigation somewhat unrelated to the case at hand. The original case initiated by a man claiming to be a journalist contained some allegations against the special team investigating theft of idols from various temples. It was disposed of with a direction to the Idol Wing CID to proceed with the investigation in accordance with the law. As there was suspicion over the petitioner’s credentials, the Bench has proceeded to address the larger problem of imposters (a person who pretends to be someone else in order to deceive others, especially for fraudulent gain) masquerading (pretend to be someone one is not) as journalists for personal enrichment.

The issues highlighted by the Bench are quite real and need remedial measures. Some people claiming to be journalists do run letter-pad publications, or even print some copies of obscure (Not famous or acclaimed; not drawing attention) journals, but devote much of their time to using “connections” to wangle (manage to obtain (something) by persuading or cleverly manipulating someone) benefits and gifts, try and swing transfers and postings; or be fronts for vested interests. Broadly, the court wants a State-level ‘Press Council’ to weed out ‘fake journalists’, regulate the distribution of identity and accreditation (Something to do with being officially recognized, accepted, or approved of) cards and the recognition of media bodies, besides receiving and disposing of complaints about the media. As of now, the Press Council of India performs the watchdog role about public complaints, but without any substantive enforcement powers. Accreditation and dealing with journalist bodies are now the functions of the respective governments. A powerful body that will identify and accredit journalists, decide their entitlements to bus and rail passes and welfare measures, as well as act as a complaints authority will surely need a statutory framework. Besides, a separate body created by executive order may act over-zealously and end up eliminating bona fide journalists. As ‘newspapers, books and printing presses’ are in the Concurrent List, the State government needs to examine if the field is occupied by central legislation, and whether it can create a watchdog body, as suggested by the court, encompassing all forms of media. It may have to weigh its options carefully, including an appeal. 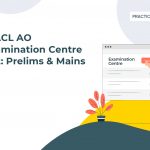