The U.S. has joined with the U.K. and Australia to announce a new trilateral (Involving three parties) security partnership, the AUKUS (an acronym for “Australia, United Kingdom, United States”, is a trilateral security pact between Australia, the United Kingdom, and the United States), that aims to ensure that there will be enduring (Lasting a long time) freedom and openness in the Indo-Pacific region, particularly to “address both the current strategic environment in the region and how it may evolve”, according to President Joe Biden. Two dimensions are significant: first, that it complements several pre-existing similar arrangements for the region, including the Five Eyes intelligence cooperation initiative, ASEAN and the Quad, the last including India; and second, that it proposes to transfer technology to build a fleet (a number of aircraft, buses, cars, or other vehicles under the control of one company or organization) of nuclear-powered submarines for Australia within 18 months. Australia has ratified (pprove and express assent, responsibility, or obligation) the nuclear NPT and has vowed to abide by its tenets (A key principle, belief or assumption (or a theory, model, etc)), notwithstanding the highly sensitive technology transfer implied in the latest proposal. Mr. Biden went to lengths (If you say that someone goes to great lengths to achieve something, you mean that they try very hard and perhaps do extreme things in order to achieve it) to assure the world that AUKUS was “not talking about nuclear-armed submarines. These are conventionally armed submarines that are powered by nuclear reactors. This technology is proven.” Australia will become only the second nation, after the U.K., that the U.S. has ever shared its nuclear submarine technology with. The announcement of the partnership led to a minor kerfuffle (​unnecessary excitement or activity) with New Zealand, whose Prime Minister Jacinda Ardern said that under her country’s 1984 nuclear-free zone policy, Australia’s nuclear-powered submarines would not be allowed into the former’s territorial waters. It also appeared to upset the political leadership in France, with whom Australia had struck a deal — now cancelled — for $90 billion worth of conventional submarines.

The broader strategic question that the creation of AUKUS begs relates to the unstated challenge that the group poses to the regional hegemonic (​control by one country, organization, etc. over other countries, etc. within a particular group) ambitions of China, particularly regarding how far the U.S., the U.K. and Australia, along with other regional powers, will go, to preserve a free and open Indo-Pacific, including the South China Sea. Will the operationalisation of this security partnership lead to closer coordination among the nations concerned in terms of joint military presence, war games and more in the region, signalling a new, “latticed” (structured) posture to Beijing? After all, undersea capabilities including the ability to patrol may be vital to deterring Chinese military coercion in the region. Although no explicit mention was made of China in any of the AUKUS announcements, it is clear, as one official later said to media, that the transfer of nuclear propulsion technology to an ally in this context was intended to “send a message of reassurance to countries in Asia”. Whether or not the purpose of AUKUS is to contain China’s aggressive territorial ambitions, the imperatives of the Indo-Pacific would be better served by broadening strategic cooperation initiatives of this sort to include other powers that are deeply invested in the region, including India, Japan, and South Korea. 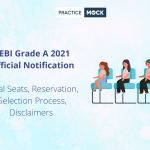 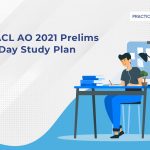