India’s front-line position as third highest emitter of greenhouse gases has sharpened focus on its future policy course to mitigate (lessen) carbon emissions (the release of carbon into the atmosphere) under the Paris Agreement. It has an irrefutable (Impossible to deny or disprove) claim to a big part of the remaining global carbon budget, along with other smaller nations with low historical emissions, but room for manoeuvring (Act in order to achieve a certain goal) has shrunk in a world facing record temperatures and calamitous (having extremely unfortunate consequences) weather events. There is escalating pressure for India to commit itself to a date when it can achieve net zero (‘Net zero emissions’ refers to achieving an overall balance between greenhouse gas emissions produced and greenhouse gas emissions taken out of the atmosphere) — removing as much GHGs as it emits — on the lines of the goal set by the U.S. and the European Union for mid-century, and 2060 by China. Declaring a net zero plan under the Paris pact is a disquieting (A feeling of mild anxiety about possible developments) prospect since it would impose expensive choices, particularly in energy production. That conundrum (A difficult problem) has been addressed, at least partially, by visiting U.S. Special Presidential Envoy for Climate John Kerry, with the promise of financing and technology to make renewable energy the core of future development. Specific areas of cooperation to bring down emissions — in the expansion of transport, buildings and industry — and facilitating funding for 450 GW of renewable energy by 2030 can advance the India-U.S. Climate and Clean Energy Agenda 2030 Partnership. More clarity on the bilateral (Affecting or undertaken by two parties) road map towards emissions reduction may come at the COP26 conference in November. India, meanwhile, needs to get all States to mitigate emissions and help them adapt to climate-linked extreme weather and atmospheric pollution caused by fossil fuels.

At the end of 2020, a year marked by COVID-19 and many destructive storms, the Union Environment Ministry declared that the country had achieved 21% of its 33%-35% target to cut emissions intensity of GDP by 2030, and, similarly, was generating 37.9% of the 40% of power from renewables. Though encouraging, the immediate challenge lies in coming up with an adaptation framework to help those at highest risk — the millions living in the path of annual cyclones, including residents of populous coastal cities. Raising the ability of city administrations to handle tens of millions of litres of water regularly dumped in just a few days requires planning, funding and political commitment. Making low-cost insurance available for houses against climate-related losses will raise resilience (An occurrence of rebounding or springing back), and lead to audits, encouraging governments to reduce risks. The Paris Agreement can easily fund much-needed urban retrofitting and boost employment. There is also a health imperative. Heat stress has a severe impact, causing higher mortality among the vulnerable elderly. These are growing problems, but they also represent an opportunity to steer post-COVID-19 policies towards benign, green development. For a low-emissions future, policies must put nature at the centre. 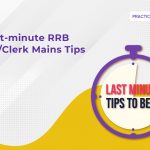 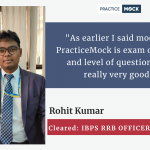