Talking amid conflict: On U.S. and China relations

China and the U.S. must engage each other without expecting quick results on all issues

Relations between the world’s two biggest powers, the U.S. and China, have been in free fall (the process of failing or losing value or strength quickly and continuously) over the past five years amid the trade war (a situation in which countries try to damage each other’s trade, typically by the imposition of tariffs or quota restrictions) launched by the Trump administration. Ties have remained strained despite the change in administration in Washington, with meetings between top officials, in Alaska and then in Tianjin, marked by their rancour (feelings of hate and a desire to hurt other people, especially because you think that somebody has done something unfair to you). It is this perilous (full of danger) state of ties that likely prompted U.S. President Joe Biden to call his counterpart Xi Jinping on Friday, the first time they spoke since a conversation in February not long after Mr. Biden’s inauguration. While Mr. Biden wanted “to ensure competition does not veer into conflict”, Mr. Xi agreed both sides needed to “get the relationship right”, but underlined the repeated Chinese view that the troubles were “due to the U.S. policy on China”. Part of the Biden administration’s stated broader approach of competing with China where required but cooperating where possible, the U.S. has sought Chinese cooperation in Afghanistan after its disastrous exit, which has been celebrated by the state media in China, and also on climate change, which is a priority for this administration. At the same time, both sides have clashed on issues including human rights in Xinjiang, Hong Kong, Taiwan, South China Sea actions, and the contentious (causing or likely to cause an argument) inquiry into the origins of COVID-19.

The Chinese side, for its part, has made clear it seeks concessions on some of the thorny (very difficult or complicated) issues before it will agree to discuss working together on others. In the July talks in Tianjin, Chinese officials presented two “lists” of demands to the U.S., including unconditionally revoking visa restrictions on Communist Party members and withdrawing an extradition request for Meng Wanzhou, the chief financial officer of tech firm Huawei who is on trial in Canada. The Chinese side has also demanded the U.S. change its stance on the COVID-19 inquiry, where Washington has led calls for a more transparent investigation. The Chinese Foreign Minister likened U.S. calls for cooperation on climate change as seeking “an oasis (a pleasant place that is surrounded by something unpleasant)” surrounded by desert. The “oasis”, he argued, would “sooner or later be desertified”. With the U.S. unlikely to agree to China’s preconditions, the state of relations is likely to endure. If the Chinese argument that it is unrealistic to insulate (to prevent (someone or something) from dealing with or experiencing something) points of discord from a broader relationship is not entirely unreasonable, it is notable that Beijing’s officials have rejected that precise argument with regard to the strained relations with India, which has said cooperation on trade and other fronts cannot continue while the LAC remains in crisis. On the contrary, Beijing has hit out at New Delhi for “wavering and backpedalling” in its China policy, demanding that it keep the border “in an appropriate position”. If cooperating while in conflict appears an unreasonable proposition for China when it comes to ties with the U.S., it is unfathomable (Incapable of being fully understood) how it expects India to take a very different stand on bilateral relations. 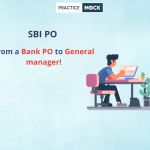 How to become a General manager by clearing SBI PO? 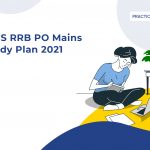