Foreclosure (An act or instance of ruling out or preventing (a course of action)): On Test cricket, IPL and BCCI

Indian cricket’s English summer that commenced with a touch-down (landing) at London’s Heathrow on June 3, dished out (to give something, often to a lot of people or in large amounts) riveting (having the power to fix the attention) fare before being hastily concluded in a pandemic-induced cloud of doubts and controversy. During the beginning of this long tour, India lost the World Test Championship final to New Zealand at Southampton but subsequently made amends (to do something to correct a mistake that one has made or a bad situation that one has caused) against England. Virat Kohli’s men were leading 2-1 after four Tests with Manchester’s Old Trafford all set to host the climactic fifth Test from September 10 before COVID-19’s long shadow (If something or someone casts a long shadow over something or someone, they have a great, long-lasting influence over them, usually a bad one) precipitated (to make something, especially something bad, happen suddenly or sooner than it should) a no-show (failure to show up). It all started with Indian coach Ravi Shastri, referred to as patient zero (used to refer to the person identified as the first carrier of a communicable disease in an outbreak of related cases) in the emerging cluster, testing positive during the fourth Test at the Oval in London. Later, bowling coach Bharat Arun and fielding coach R. Sridhar tested positive and while the trio was quarantined, the rest of the squad travelled to Manchester when second physio Yogesh Parmar also tested positive. A team that has been on the road for three months had enough and senior players, especially with their families around, were apprehensive. The danger that an infection would be a threat to their participation in the lucrative IPL must also have weighed on their minds. The match got cancelled and questions arose about how the bio-bubble got breached. Shastri’s book launch before the Oval Test, in which health protocols were not adhered to, was seen as a tipping point and drew scrutiny.

In an era leaning towards digital events, Shastri should have bided his time. If the Indian coach is part of the coronavirus matrix, other factors played a role too as England had opened up from July 19. Having temporarily lost its talismanic all-rounder Ben Stokes to mental fatigue, the England and Wales Cricket Board (ECB) preferred a bubble with relative freedom. The persistent forays of Jarvo, a fan, into the playing arena during the previous Tests, were an avoidable breach. A series that could have wound down at its own pace, is now searching for closure. India leads 2-1 but the series verdict is in limbo. The Board of Control for Cricket in India (BCCI) has offered to later schedule a lone Test while the ECB has written to the International Cricket Council (ICC) to adjudicate on the fate of the cancelled game. The players have leapt into another bubble in the United Arab Emirates ahead of the IPL from September 19. Lost in this fog of no-play and frantic travel, is the remarkable performance that Kohli’s men offered through the series despite a loss at Leeds. Five decades ago, India registered its maiden Test series triumph in the Old Blighty. Cut to the present, India is trying to figure out whether it is merely leading an unfinished series or has won it or drawn it. 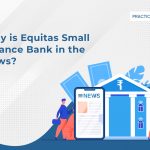 Why is Equitas Small Finance Bank in the news? 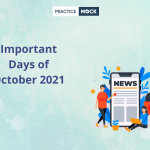