Return of the Mullahs: On the Taliban’s Islamic Emirate of Afghanistan

The debate on whether the Taliban would form an “inclusive government” representing all sections of Afghan society was laid to rest by the Taliban themselves on September 7 when the group’s spokesman, Zabihullah Mujahid, announced the formation of the new administration of the ‘Islamic Emirate of Afghanistan’. Of the 33 Cabinet Ministers named, 30 are Pashtun, two ethnic Tajiks, and one is Uzbek. The Taliban are predominantly Pashtun, who make up some 40% of Afghanistan’s ethnically (according to the ethnic group (a group of people that share a cultural tradition) that somebody belongs to) diverse (Distinctly dissimilar or unlike) population of 40 million. Women and the Hazara Shia minority — both faced targeted harassment and discrimination when the Taliban were in power in the 1990s — were excluded completely. Seventeen Ministers are on the UN sanctions blacklist (a list of companies, organizations, or people that have a bad reputation or have done something illegal and that other organizations do not do business with because of this) for terrorists, including the head of the government, Mullah Hassan Akhund, and Sirajuddin Haqqani, the head of the Haqqani Network. Mullah Hibatullah Akhundzada, the Taliban’s reclusive (Keeping away from society) emir, will be the ‘Amir ul-Momineen’ (commander of the faithful), a title Mullah Omar had assumed in the 1990s. With the Cabinet portfolios allocated to the Taliban’s core and the Haqqanis, and introducing a system that resembles the previous Islamic Emirate known for its disregard for basic human rights, the Taliban have sent a clear message that they care little about what the world thinks about them.

Today’s Taliban appear to be stronger than their last avatar (a variant phase or version of a continuing basic entity). In the 1990s, only three countries recognised the Islamic Emirate; the Taliban also never controlled the whole of Afghanistan. But now, more regional powers are ready to engage with them, including China and Russia. The group has also claimed total control over the country, with Panjshir, the last holdout (a person, organization, or country that continues to do something, despite other people trying to force them not to), overrun (Seize the position of and defeat) earlier this week. With the new government, a stronger Taliban are trying to tighten their grip, though it may not be easy. Ever since Afghanistan became a republic in 1973, no government in Kabul has managed to stabilise the country. The ethnic, religious and political contradictions are too deep to be glossed over (Treat hurriedly or avoid dealing with properly) by the Taliban’s divisive Islamist Pasthun nationalism. In Panjshir, the rebels (A person who takes part in an armed rebellion against the constituted authority (especially in the hope of improving conditions)) may have withdrawn to the mountains, like the Taliban did in 2001, but they could regroup and hit back like the Taliban did after 2005. The total exclusion of Shias and marginalisation of other ethnicities could blow back in the near term. Afghanistan has also seen the emergence of a vibrant civil society, especially in its cities, which may not accept the Taliban’s rule of the Mullahs quietly. Already, the crackdown (Severely repressive actions) on women’s rights has sparked large-scale protests by women in Kabul and elsewhere, which was unimaginable in the 1990s. If the Taliban were wise, they would have focused on healing the wounds of the long war and rebuilding the state and society. But the Pashtun, Islamist, sectarian Taliban seem programmatically incapable of doing that. 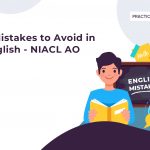 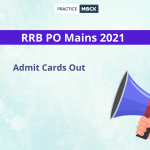