T.N. must assure Kerala that all instruments for monitoring the dam’s safety are in place

The Supreme Court’s direction on Monday to the supervisory committee for the Mullaperiyar dam on the issue of the maximum water level has revived the controversy surrounding the dam. Located in Kerala, the water body is operated and maintained by Tamil Nadu to meet the water requirements of five of its southern districts. The order was issued while hearing a petition raising apprehensions (Fearful expectation or anticipation) about the supervision of water levels of the reservoir (Lake used to store water for community use), especially during the rainy season; Kerala has also been experiencing unusually heavy spells (A period of indeterminate length (usually short) marked by some action or condition) of rain. During October 18-25, the dam too received a substantial inflow. Despite the Court’s nod in 2014 to store water up to 142 ft, Tamil Nadu has been careful in drawing (Remove (a commodity) from (a supply source)) as much water as possible so that the level does not reach the permissible level ordinarily (Most of the time; in most cases). A few days ago, Kerala Chief Minister Pinarayi Vijayan wrote to his Tamil Nadu counterpart, M.K. Stalin, referring to the heavy rainfall in the catchment (A structure in which water is collected (especially a natural drainage area)) and emphasising the “urgent need for the gradual release of water”. His letter should be viewed more as a note of caution than anything else. During a debate in the Assembly on Monday, Mr. Vijayan categorically stated that there was no threat to the dam and was also appreciative of the Tamil Nadu authorities, who, he noted, were “highly empathetic” to Kerala’s demands.

With camaraderie (a feeling of good friendship among the people in a group) prevailing between the two States, Mr. Stalin and Mr. Vijayan would do well to send out a strong message that there is no room for passion and chauvinism (Fanatical patriotism) on a technical and complex subject such as the operation and maintenance of Mullaperiyar. As the issue of dam safety is a recurrent (happening or appearing again and again) one, it would be in the interests of all stakeholders that the remaining works to strengthen the dam are done at the earliest, for which the approval of the Kerala and Central governments is required. Some sections in Kerala may argue that the completion of the works will only make the case of Tamil Nadu stronger in the context of its long-standing demand of raising the water level to the original 152 ft. But, what needs to be kept in mind is that the works are meant to strengthen the dam. It has been suggested that Kerala give its permission — a pre-requisite for Tamil Nadu to get the Centre’s clearances — while stating that this will not be prejudicial (Tending to favour preconceived ideas) to its position on the issue. Tamil Nadu too should ensure that all the instruments for monitoring the safety and health of the dam are installed and are functioning properly. As there are sufficient scientific and technological tools to respond effectively to any legitimate and genuine concern, every player should adopt a rational approach while deciding on the storage levels and safety aspects of the dam. 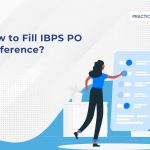 How to fill IBPS PO preference? 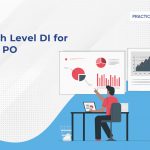