End the impasse (A situation in which no progress can be made or no advancement is possible): On prolonged impasse over three farm laws

A solution is needed for core issues concerning farmers, and not merely for road blocks

The time may have come for a more concerted effort by the Government and the protesting farmers to find a solution to the prolonged (Lengthen or extend in duration) impasse over the three agriculture-related laws enacted last year. The Supreme Court has emphasised that public roads cannot be blocked indefinitely by protesters. In an observation in the context of more petitions from members of the public, complaining that their right of free movement has been curtailed (Place restrictions on) by the ongoing protests by farmers, the Court has said a solution has to be found, that roads cannot be blocked for long and there is no reason for it to lay down (formulate and enforce or insist on a rule or principle) the law again and again. The reference was to last year’s judgment on the Shaheen Bagh protest against the Citizenship (Amendment) Act, wherein it was held that public ways and public spaces cannot be blocked indefinitely even during a peaceful protest. The observation can be seen either as a disapproval of the tactic of holding interminable (Tiresomely long) protests or as an implicit (Being without doubt or reserve) criticism of the Government for being unable to find a solution to the farmers’ grievances. Even while denying that they are responsible for the hardship faced by the public, and blaming the police for the blockade, the farmers say they should be allowed to continue their agitation at the Ramlila Maidan. However, the Government will have none of it, recalling the unsavoury (Morally offensive) incidents that took place on Republic Day when the protest rolled into the Capital.

The conflict between the two competing rights — freedom to protest and the right to free movement of the public — is not the only aspect that requires immediate attention. There seems to be no attempt to break the deadlock (A situation in which no progress can be made or no advancement is possible) on the core issue, with the farmers demanding an outright repeal (an official or legal cancellation) of the laws and statutory validation for the claim that the MSP regime will not come to an end. Late last year, the protesting farmers and Union Ministers did come to a partial agreement on decriminalising (Make legal) stubble-burning and safeguarding power subsidies, but the two core demands have not seen any breakthrough. It is not out of place to recall that an expert committee constituted by the Court has submitted its report, but nothing has been heard about it after that. To an extent, the fact that the Court has not taken it up again or made the report public may be a factor in the continuing impasse. An expedited hearing that involves further review of the panel’s recommendations, or any such similar initiative from the Government, is needed to arrive at a solution. The objective must not be merely to resolve the incidental issue of blocked roads, but to reconcile or eliminate the deep differences over what the Government sees as necessary reforms in the farm sector. Any reform that seeks to eliminate distortions in the sector must also win the confidence of farmers, the principal stakeholders. 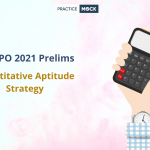 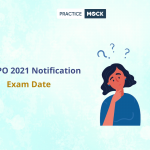