In a week, heads of state from at least 120 countries are expected to convene (to come together or to bring people together for a meeting, etc.) in Glasgow for the 26th meeting of the United Nations Conference of the Parties (COP). The annual two-week-long exercise was disrupted last year due to COVID-19. The year 2020 was to have been an important year in the COP calendar as most of the major economies were expected to review the actions undertaken so far in meeting voluntary targets to reduce greenhouse gas (any gas that has the property of absorbing infrared radiation (net heat energy) emitted from Earth’s surface and reradiating it back to Earth’s surface, thus contributing to the greenhouse effect) emissions in line with (in alignment or accordance with) the Paris Agreement of 2015. However, the disruption has meant that these discussions will now move to Glasgow. Following the exit by former U.S. President Donald Trump from the Paris Agreement, the Biden administration is making a concerted (Involving the joint activity of two or more) effort to commemorate (Celebrate by some ceremony or observation) the country’s return. To this end, it has sent emissaries (Someone sent on a mission to represent the interests of someone else) and multiple delegations to several countries to coax (Influence or urge by gentle urging) them into committing to some sort of a deadline or a ‘net zero’ (‘Net zero emissions’ refers to achieving an overall balance between greenhouse gas emissions produced and greenhouse gas emissions taken out of the atmosphere) timeline by when their emissions would peak and eventually abate (Become less in amount or intensity).

To limit global warming to 1.5°C, net zero emissions would have to be achieved by 2050 and emissions would need to be drastically cut by at least 45% from 2010 levels by 2030. India and China are the major emitters (something that emits (= sends out) gas carbon dioxide) of the world that haven’t committed to any 2050 deadline. Their argument, which has been consistent for many years, is that the climate crisis exists because of excess emissions by the developed West for more than a century. Any attempt at solving the crisis would involve the western countries doing much more than what they have committed to and, at the very least, making good on promises already enshrined in previous editions of the COP. As years of COP negotiations have shown, progress is glacial and the effort is more on delivering a headline announcement rather than genuine operationalisation of the steps that need to be taken. In real terms, for developed countries, complying with the demand by developing countries to pay reparations means shelling out sums of money unlikely to pass domestic political muster. And for developing countries, yielding to calls for ‘net zero’ means that governments such as India will appear as having caved into international bullying. The COP, despite all the media interest it generates, can at best incentivise adaptation that aids a transition to clean energy. But even without immediately retiring fossil fuel assets, the world needs to frame a meaningful response to a warming globe. 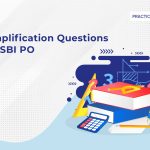 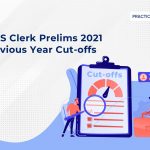