India scripted history on Thursday with its COVID-19 vaccine doses administered crossing the one-billion mark — accomplished in just about nine months after the vaccination programme rollout (officially launch or introduce a new product or service) on January 16. What is even more outstanding is the targeting of adults. Unlike the established universal immunisation programme, for infants and children, India has never undertaken any massive universal adult vaccination programme. That this exercise involving thousands of health-care workers and others was carried out even while in the midst of a huge number of daily cases in April-May during the second wave makes it even more remarkable. It became possible only because vaccine manufacturers, the Serum Institute and Bharat Biotech, were able to ensure uninterrupted vaccine availability even if supply was limited in the beginning. If the Serum Institute had the foresight (Seeing ahead) to begin manufacture in advance, Bharat Biotech’s capability to quickly develop an indigenous (Produced in a particular region) vaccine with the ICMR ensured that India did not have to endlessly wait for vaccine supplies from other countries. If there was hesitancy initially even among health-care workers, who were the first to be eligible to receive the vaccines, the deadly second wave led to a huge leap (A sudden and decisive increase) in vaccine uptake; vaccination was opened up to all priority groups and to everyone above 18 years before the second wave peaked in early May. India could have probably reached this grand milestone earlier had time not been wasted in  asking States to procure vaccines directly from the two manufacturers at a higher cost to vaccinate the 18-44 age group.

While basking in glory (to enjoy the attention one is getting (because of one’s success at something)), it is important not to lose sight of the bigger goal of vaccinating all eligible adults by the year-end. Even as vaccine supply is increasing, the pace of the vaccination drive has to be speeded up to meet the objective. If over 75% of the eligible adults have already been vaccinated with one dose, the proportion of adults who are fully vaccinated is only 31%. Since vaccination with two doses is necessary to increase the protection level, efforts should be directed at increasing the pace of second dose vaccination. China has already administered over 2.2 billion doses and fully vaccinated over 75% of the eligible population even by mid-September. Crossing the one-billion mark became possible as India stopped the export of vaccines, impacting most low- and middle-income countries. On October 14, nearly six months after halting exports, India finally supplied vaccines to four countries; further supplies will depend on production and demand. It is imperative (Requiring attention or action) that vaccine production is quickly ramped up (increase the level or amount of something sharply) to meet demand. Any more delay in meeting international obligations (promise) will greatly hurt India’s credibility as a reliable vaccine supplier to the global South. 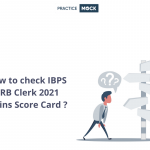 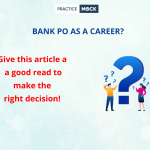 Is SBI PO a good job?