Crushing lives: On the need to enforce rules in quarries (A surface excavation for extracting stone or slate)

Working in hazardous (Involving risk or danger) sites such as quarries, where explosives and heavy machinery are deployed, is fraught (Marked by distress) with risks. But human casualties in accidents caused at such sites due to greed-induced exploitation, violation of safety and operational norms, and collusion (secret or illegal cooperation or conspiracy, especially in order to cheat or deceive others) with regulators, involve an element of culpability (A state of guilt). The death of three workers at the privately owned Venkateshwara Stone Crusher Unit, at Adaimithippaankulam in Tamil Nadu’s Tirunelveli district, bears (Bring forth) tragic testimony (Something that serves as evidence) to this. Here, a falling boulder (A large smooth mass of rock detached from its place of origin) trapped six workers and their heavy vehicles under debris (The remains of something that has been destroyed or broken up) in a 300-feet deep stone quarry on Saturday night. The management, according to the State Director of Mining and Geology, was served a closure notice last month and instructed to suspend operations, after violations. Yet, the operations went on illegally until the fateful ( having extremely unfortunate or dire consequences) night, which brought officials, politicians and rescuers to the site. Perhaps, a random inspection in the interregnum (The time between two reigns, governments, etc.) could have prevented the loss of lives. The preliminary inquiry suggests the crusher unit, which has facilities for the manufacture of M-Sand and blue metal, had compromised safety along the vehicle path. The breach (an act that breaks an agreement, a law, etc.) in the mandated 10 feet distance between the upper vehicle path and the immediate lower path is believed to have caused the falling boulder to plunge (Fall abruptly) deeper into the quarry, aggravating (Make worse) the tragedy.

The Revenue Secretary has announced a comprehensive safety audit exercise in all stone quarries. Given that a political nexus (A connected group), quarry operations and the grant of licences are inseparable, such crackdowns have rarely been effective. The plundering (Given to taking by force what is desired) of natural resources including in the ecologically sensitive Western Ghats due to excessive blasting and mining has been well documented by committees, either appointed by the government or by the courts. For instance, former IAS officer U. Sagayam, as the Madras High Court-appointed Legal Commissioner, had estimated ₹16,000 crore loss to the exchequer (The funds of a government, institution or individual) due to illegal granite mining in the Madurai region alone. There has been a mushrooming (Grow and spread fast) of unlicensed quarries too. Just last year the High Court had ordered the closure of 64 unlicensed stone quarries in Tiruppur district, based on the findings of an advocate-commissioner. The revenue loss aside, it is impossible to fix a cost to the resultant irretrievable (Impossible to recover) damage to the environment and risk exposure to humans. The Sharks (a person who preys on or victimizes others, esp by swindling or extortion) have been targeted mostly when a ruling party has an axe to grind (have a private reason for doing or being involved in something). There is now a spurt (a sudden, brief period of intense activity) in the quarrying volume in the Tirunelveli-Kanniyakumari region to meet the huge demand from Kerala, where an estimated 80% of quarried materials is transported. It calls for the enforcement of restrictions on such inter-State transport of minerals. Immediate responses to tragedies usually have a short life. Only a genuine administrative will to sustain the enforcement of rules in quarries is of real consequence. 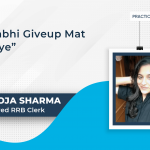 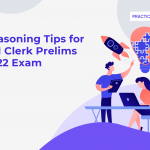