Weighing (to consider carefully) the evidence: On SC’s order against forcible vaccination

Emerging evidence, not precedents (An example that is used to justify similar occurrences at a later time), must govern India’s policy on vaccination

The Supreme Court in a decisive order has laid out (Tell or show, often with explanation and alternatives) a fine balance between individual liberty and the state’s right to impose restrictions in the interests of public safety. An individual had the right to refuse vaccination and though the Government could “impose limitations” on rights of individuals, it had to be “reasonable and proportionate” to the extent that it achieved the objective, in this case, containing the spread of the coronavirus. The current evidence, the Court reasoned, suggested that unvaccinated individuals were no more likely to spread the virus than those vaccinated and, therefore, people could not be denied access to public places, services and resources for being unvaccinated. However, this was no blanket (blanket (affecting everyone or everything)) order, and if infection rates increased and vaccines demonstrably reduced susceptibility (easily affected) to infections, the Government was within its rights to impose restrictions. The order underscores (emphasizing the importance of something) scientific reasoning and that the pandemic also continues to pose tough, science conundrums (A difficult problem) that generate new knowledge and challenge received wisdom. Last year, this time, India was besieged (surrounded) by the second pandemic and also woefully (In an unfortunate or deplorable manner) short of vaccines. The central policy then was to rationalise access to vaccines because demand outstripped (Go far ahead of) supply. While availability was a key factor, it was also because scientific evidence showed vaccination stemmed (to stop something that is increasing or spreading) progression to severe disease and the priority was to save lives.

Close to 75% of Indians have had at least one vaccine shot and a good proportion have hybrid immunity (hybrid immunity refers to a combination of immunity gained from a natural infection as well as from vaccines). Newer, highly transmissible variants and the West’s experience, of infections being rife (Most frequent or very common) despite triple-shots, have all depressed demand for boosters in India. While last year, before the second wave, vaccine hesitancy was ascribed (Associate ownership with) to the low uptake (A process of taking up or using up or consuming), it is quite likely now that people are exercising their option of waiting for more kinds of the vaccine. The current attitude is foregrounded (Emphasise or focus on to make more important or prominent) in the ground reality that daily infections are low despite a complete opening up of normal life. In the first year of the pandemic, when vaccines were in a nascent (Being born or beginning) stage and the virus was raging, the scientific wisdom was that lock-downs and vaccination of two thirds of the population would end the pandemic — an idea that has not come to pass. Thus, it could very well be that newer kinds of vaccines (proven to curb transmission), may change the understanding of the best possible means to contain the blight (anything that destroys, prevents growth, or causes devaluation). The suppression of individual liberty for the greater good is perhaps among the oldest and toughest questions that democracies grapple (Succeed in doing, achieving, or producing (something) with the limited or inadequate means available) with; and beyond the orders, it is judicial reasoning that influences policy and future discourse (a formal treatment of a subject in speech or writing, such as a sermon or dissertation) when the facts on the ground change. The authorities must keep scientific evidence at the forefront (in a leading position) when they take decisions that affect individual choice. 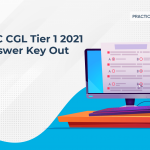 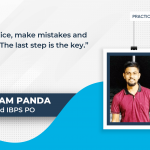