A new deal: on reviving the JCPOA

The Vienna talks aimed at reviving the Joint Comprehensive Plan of Action (JCPOA), also known as the Iran nuclear deal, have hit a wall after Russia sought sanctions (Official permission or approval) exemptions for its future trade and defence ties with Iran. European negotiators say “a good deal” is on the table. But Russia, which has been slapped with a barrage (an overwhelming quantity) of sanctions by the United States and its allies over the Ukraine invasion, seeks written guarantees that those curbs (The act of restraining power, action or limiting excess) would not “in any way harm” its ties with Iran. The nuclear deal, reached in 2015, started unravelling (to start to fail or no longer stay together as a whole) in 2018 as the Trump administration unilaterally (by means of one part or party) pulled the U.S. out of the agreement despite international certification that Iran was fully compliant with its terms. After the U.S.’s withdrawal, Iran started enriching uranium to a higher purity and installing advanced centrifuges (An apparatus that uses centrifugal force to separate particles from a suspension) at its nuclear plants. Now, nuclear experts believe Iran is just months away from having enough high purity uranium to make a nuclear bomb, though the Iranian leadership has repeatedly claimed that it has no plan to make one. Western officials say the growing nuclear capability of Iran demands urgent steps to conclude the deal and curb its nuclear programme. Removing sanctions on Iran and letting Iran’s oil enter the global market could also ease oil and gas prices, which shot up after the Russian attack on Ukraine.

The West’s push to conclude the deal gives Russia added leverage (Strategic advantage; power to act effectively) in the negotiations, at a time when relations between Moscow and western capitals are at their lowest point since the end of the Cold War. The U.S. and Europe are reportedly looking for alternatives to revive the deal without Russia. But it would not be easy. Russia, an original signatory (Someone who signs and is bound by a document) of the JCPOA, is a member of the joint commission that supervises Iran’s compliance. Under the agreement, Russia is also required to take control of Iran’s excess enriched uranium and work with Tehran to turn its Fordow nuclear plant into a research facility. In theory, the deal can be revived if other signatories take up Russia’s responsibilities. But it is not clear whether Iran and China would be ready to go ahead without Russia. While the Iranians have publicly said they would not allow any “external factors” to impact their national interests, Tehran is unlikely to ignore the sensitivity (aware of and able to understand other people and their feelings) of Russia, an ally, and reach an agreement with the U.S., whose exit scuttled (Intentionally undermine, ruin, or cause to fail) the original deal. This leaves the future of the nuclear deal in Russian hands. Russia’s invasion of Ukraine and the West’s response to it have already sent commodity prices soaring and shaken the global economy, which is yet to come out of the COVID-19 shock. A further delay or a total collapse of the Iran deal would not only deepen the security crisis in West Asia but also add pressure on global oil and gas prices. The signatories should not hold the Iran deal to ransom. They should continue to push for a collective agreement that could curb Iran’s nuclear programme and take the country into the global economic mainstream. 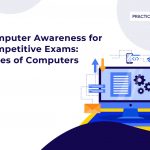