Today we have collated the 10 tricky words/phrases/terms from the editorial on charging of Trump Organization. Go through these words and see how many did you know already. Check their usage as well. This will surely help you to understand the sense the tricky words have conveyed in the editorial.

The Trump Organization, the company owned by former U.S. President Donald Trump, has been charged by authorities in New York state on 15 felony (a crime, typically one involving violence, regarded as more serious than a misdemeanor, and usually punishable by imprisonment for more than one year or by death) counts including for committing a scheme to defraud, conspiracy, grand larceny (theft of personal property having a value above a legally specified amount), criminal tax fraud and falsifying business records. Prosecutors have also brought charges against a “sweeping and audacious (showing a willingness to take surprisingly bold risks)” fraudulent scheme involving the firm’s CFO taking more than $1.7 million in undeclared remuneration from the company for personal expenses. While Mr. Trump has not been charged in this legal salvo (a sudden, vigorous, or aggressive act or series of acts), it is possible that that might happen in the future, should the investigation determine that he engaged in criminal conduct. Already, Mr. Trump’s name was mentioned at several points in the indictment (a formal charge or accusation of a serious crime) and the evidence at hand appeared to show that as the former CEO of the company, the 45th President of the U.S. had signed some of the illegal compensation cheques in the 15-year tax fraud scheme. There are also indications that the indictment might be the tip of the iceberg (the small part of a much larger situation or problem that remains hidden) in relation to the extent of the New York District Attorney’s investigation of the corporate practices of Mr. Trump and the Trump Organization. In May 2021, legal filings in New York revealed that the office of the DA, Cyrus Vance, was arguing in court that Mr. Trump’s accountants were required to produce eight years of his personal and corporate tax returns in compliance with a grand jury subpoena (A grand jury subpoena signals that a grand jury has been impanelled and a criminal investigation is underway). This hinted that what was originally suspected to be an inquiry into illicit payments made by Mr. Trump’s associates, prior to the 2016 presidential election, to two women who said they had affairs with Mr. Trump, had expanded into a far-reaching investigation relating to bank and insurance fraud.

While Mr. Trump has characteristically attacked the ongoing indictment and broader case as a “political Witch Hunt by the Radical Left Democrats,” there is no escaping the reality that if the charges stick and the investigation continues to broaden its scope, he will be hobbled (to limit something or control the freedom of someone) by a political distraction should he attempt a second presidential run in 2024. There have been troubling questions about his business activities ever since he entered office, including, given that his real estate holdings were used for U.S. government activities, whether he was in violation of the Emoluments Clause of the U.S. Constitution. The larger question, however, is the one facing the Republican Party as such: when the next presidential election rolls around, will it continue to place its faith in a man who despite claiming to be an outsider to Washington politics is evidently no different from any run-of-the-mill (lacking unusual or special aspects; ordinary) plutocrat (a person whose power derives from their wealth) or any networked member of corporate elite bent on maximising personal gain no matter the social cost? Should they do so for want of real leadership within their ranks, that would be a sad commentary on the state of and prospects for the conservative movement in the country.

Hope you got to know some new words/phrases which will definitely be useful in the English section of upcoming competitive exams. Wishing you all the best in your preparation! 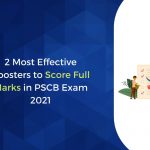 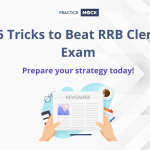