Limits of cooperation: On reforms in cooperative sector

The cooperative movement certainly needs reform and revitalisation (​the process of making something stronger, more active or more healthy). Beset ((of a problem or difficulty) trouble or threaten persistently) by political interference, many cooperative societies do not hold elections regularly, while some are superseded (take the place of (a thing previously in authority or use)) frequently. The 97th Constitution Amendment, which came into effect in 2012, was a major step towards infusing autonomy, democratic functioning and professional management. The recent Supreme Court verdict holding the amendment unconstitutional to the extent it applied to cooperative societies under the control of the States is a reminder that even well-intentioned efforts towards reforms cannot be at the cost of the quasi-federal (an intermediate form of state between a unitary state and a federation) principles underlying the Constitution. The amendment added Part IXB to the Constitution, concerning cooperative societies. Part IXB delineated (describe or portray (something) precisely) the contours (an outline, especially one representing or bounding the shape or form of something) of what State legislation on cooperative societies ought to contain, including provisions on the maximum number of directors in each society, reservation for seats for SCs, or STs, and women, besides the duration of the terms of elected members, among others. The question before the Court was whether the 97th Amendment impacted the legislative domain of the State Legislatures and, therefore, required ratification (the action of signing or giving formal consent to a treaty, contract, or agreement, making it officially valid) by half the legislatures, in addition to the required two-thirds majority in Parliament. The Gujarat High Court had found the amendment invalid for want of such ratification. The Supreme Court, by a 2:1 majority, upheld the judgment holding the amendment invalid, but only in relation to cooperatives under the States. The elaborate amendment would hold good for multi-State cooperative societies, on which Parliament was competent to enact laws.

A significant limitation on Parliament’s amending power is the requirement that certain kinds of amendments to the Constitution must be ratified by 50% of the State legislatures. The Union government believed that as the subject of ‘cooperative societies’ in the State List was not altered in any way by the 97th Amendment, and that it only outlined (give a summary of (something)) guidelines on any law on cooperatives that the Assemblies may enact, the ratification was not necessary. A key principle from the judgment is that the ratification requirement will apply if there is any attempt to fetter (to keep someone within limits or stop them from making progress) the State legislatures in any way while enacting a law in their own domain, even if there is no attempt to alter the distribution of legislative powers between the Union and States. Thus, in the absence of ratification by the States, the amendment that sought to prescribe the outlines of State laws on a State subject did not pass constitutional muster (pass muster means meet a required standard). The judgment may mean that the concern expressed by some about the adverse implications of the formation of a new Ministry of Cooperation on federal principles could be true. However, there is no denying that the scope for democratising the functioning of cooperative societies and enhancing their autonomy remains unchanged. 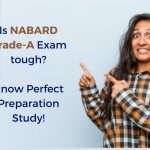 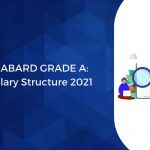 How to prepare for SBI Clerk Exam? SBI Clerk Tips-Tricks