The Govt. must come clean on the issues raised by revelations of phone surveillance

At least a 1,000 Indian phone numbers are in a list of potential targets of surveillance using the Pegasus spyware sold by Israeli company the NSO Group to “vetted (verified or checked for accuracy, authenticity, suitability, etc.) governments” with the approval of the Israeli government. Of these, 300 numbers have been verified; 22 phones were subjected to forensic analysis by Amnesty International and peer reviewed by University of Toronto’s Citizen Lab. Of these, 10 were clearly established as being targeted by Pegasus; eight of the other 12 yielded inconclusive results. The evidence is strong, and the credibility of these revelations is extremely high. Indian citizens were indeed targets of a vicious, abominable (something that causes disgust or hatred) and uncivil surveillance campaign by a government entity, Indian or foreign. The buck stops with (If you say ‘The buck stops with me’, you mean that you have to take responsibility for something and will not try to pass the responsibility on to someone else) the Government of India. Instead of coming clean and explaining what it intends to do to protect citizens, the GoI has fallen back on a disingenuous (not candid or sincere, typically by pretending that one knows less about something than one really does) claim that no illegal surveillance is possible in India. There are legal provisions for intercepting communication and accessing digitally stored information in the interests of national security and public safety. The capture of a handheld machine by Pegasus turns that into a real-time spy on the target who can be watched over and followed every step. This surveillance is total, into their private and intimate lives, which have no bearing on any public interest.

The cohort (a group of people banded together or treated as a group) of people who were potential targets — journalists, politicians, probably a Supreme Court judge and a former Election Commissioner — does not indicate that the surveillance was necessitated by national security or public safety concerns. It is safe to assume that no information regarding terrorism or Chinese intrusion can be obtained by spying on a woman who complained of sexual harassment by a former CJI. On the contrary, the composition suggests that private craving (powerful desire for something), turpitude (a very evil quality or way of behaving) and even voyeurism (the practice of gaining sexual pleasure from watching others when they are naked or engaged in sexual activity) motivated the perpetrators. This violation is about privacy and much more. Information obtained illegally may have been used to compromise institutions, to steal elections, sabotage Opposition campaigns, and even dislodge an Opposition government. That the accused in the Bhima Koregaon case had their computers breached by unknown entities to plant evidence that the prosecution is now using against them is notable in this context. That state agencies can trample (to cause damage or pain by walking or stepping heavily on something or someone) upon the lives of citizens in such manner while elected representatives plead ignorance is unsettling for a democracy. This is antithetical (directly opposed or contrasted) to the basic creed of democracy. The truth about these revelations must be unearthed through an investigation by a JPC or by the Supreme Court or any other credible mechanism. A starting point for the Government must be in clearing the air on the foremost question it is skirting around — has any Indian agency bought Pegasus? 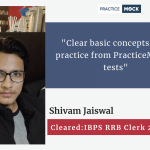 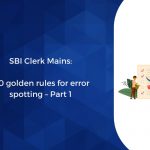