Leaving the past behind: On Afghanistan

Two events in Central Asia last week, which India attended, saw Afghanistan’s neighbours seeking solutions to the conflict there. The first was a meeting in Dushanbe, of the Contact group on Afghanistan of SCO Foreign Ministers, and the second, a Central and South Asia connectivity conference in Tashkent. The meetings also took on a special salience (the quality of being particularly noticeable or important) due to their timing. Just days after the U.S. and NATO completed their pullout from the Bagram air base, and most other key locations, it is clear that the Taliban are making advances to return to power, by force if necessary. Of particular concern are the Taliban’s attacks on border posts, particularly the border with Central Asian countries, and the Spin Boldak-Chaman border with Pakistan, which are for territorial control and to cut off crucial supply chains to the government in Kabul. At such a time for the SCO Ministers’ grouping that includes Russia and China, India and Pakistan, and four Central Asian countries to have issued a joint statement, albeit (although) without naming the Taliban directly, that decried (to say publicly and forcefully that you regard (something) as bad, wrong, etc.) the violence by terrorist groups, was significant. At Tashkent, the host, Uzbek President Shavkat Mirziyoyev, also gave Afghanistan President Ashraf Ghani the opportunity to confront (meet (someone) face to face with hostile or argumentative intent) Pakistan Prime Minister Imran Khan for Pakistan’s failure to keep its promises on stopping the Taliban from crossing over and ensuring the Taliban conduct peace negotiations in earnest (serious and determined). Despite Mr. Khan’s protests, the message is that the region, and global players, will not support the Taliban to enforce its brutal (extremely cruel or harsh) regime in Afghanistan through violent means. For India and the Central Asian States, the worries are about the violence at the frontiers (a line or border separating two countries) and the resultant refugee influx (an arrival or entry of large numbers of people or things), extremism, and support to transnational groups such as al Qaeda, LeT, JeM, ETIM and IMU, as it happened earlier under Taliban rule.

As External Affairs Minister S. Jaishankar said, Afghanistan’s past cannot be its future, and in an interview to The Hindu, Mr. Ghani made it clear that the Afghan forces will not simply crumble (break or fall apart into small fragments, especially over a period of time as part of a process of deterioration) this time. The emergence of the regional consensus to shun (to avoid) any attempt to take power by force will also give the Taliban and its backers in Pakistan reason to pause, and the high-level intra-Afghan talks in Doha over the weekend, and the Taliban’s Eid announcement that they will pursue a political solution “seriously” and to assure neighbours they will not allow Afghan territory to be “used against any other country” may be evidence that the message has been received. As the future of Afghanistan is decided in the weeks ahead, it is necessary for the neighbourhood’s voice, Central and South Asia included, to emerge more united and determined to protect the gains the nation has made over two decades. 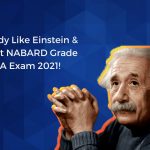 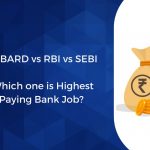 NABARD vs RBI vs SEBI! Which one is Highest Paying Bank Job?