Technology tangle (Something jumbled or confused): On 5G services and flight disruptions

The roll-out (to make a new product, service, or system available for the first time) of 5G services near airports is posing a challenge to airlines

Almost 11 months after the United States’ leading telecommunications companies won bids for $81 billion worth of C-band radio spectrum to roll out 5G services, the much-awaited introduction hit a major snag (An unforeseen obstacle) this week after the country’s leading airlines warned of massive flight disruptions if the wireless technology was put into operation, especially around the nation’s airports. In a compromise on the eve of the planned roll-out on January 19, AT&T and Verizon agreed to delay introduction of the new wireless service near key airports. The two major telcos’ commitments notwithstanding (Regardless of), several domestic and international airlines flying to the U.S. have announced major rescheduling as well as the possibility of cancellation of flights to several destinations citing warnings from the Federal Aviation Administration (FAA) and aircraft makers that accurate functioning of radar altimeters (An instrument that measures the height above ground; used in navigation) in some aircraft may be affected by the 5G radio frequencies. The altimeters provide information on an aircraft’s altitude and are a crucial part of flight operations for pilots, particularly while seeking to make low-visibility landings in inclement ((of weather or climate) severe) weather. At the heart of the impasse (A situation in which no progress can be made or no advancement is possible) lies the fact that both the 5G services and some flight equipment operate on the same C-band radio spectrum, with only the frequencies varying. The FAA has said it is working with altimeter manufacturers to evaluate data from the wireless companies to determine how robust each model is, and, if required, have the devices retrofitted (Substitute new or modernized parts or equipment for older ones) or replaced.

The fact that the world’s largest economy is now faced with the risk of large-scale domestic and international air travel disruptions as a result of the relatively belated roll-out of 5G telecom services points to the peculiar problems of the U.S. market, including the particular frequencies allotted there for 5G. South Korea, China and Japan and several European nations have already successfully rolled out 5G services and the U.S. telcos have cited the lack of problems in these jurisdictions as evidence that the FAA and airlines need to do more to find solutions to the deployment of the wireless technology near airports. The FAA on its website has pointed to the specifics of the proposed 5G roll-out in the U.S. with a comparison to the situation in France and asserted that some key differences pose challenges. For one, the aviation regulator contends planned buffer zones (A neutral zone between two rival powers that is created in order to diminish the danger of conflict) for U.S. airports only protect the last 20 seconds of flight, while in France the last 96 seconds of flight are protected from any interruption from 5G signals. Also, 5G power levels are lower in France, with even the planned temporary nationwide lower power levels in the U.S. still expected to be 2.5 times more powerful. U.S. President Joe Biden and his administration will have their task cut out in pushing to hammer out (Discuss vehemently in order to reach a solution or an agreement) a long-term solution to this impasse so as to minimise any further disruption to the already pandemic-hit global travel and trade sectors. 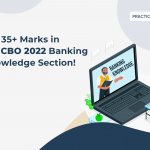 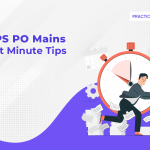