Births and rights: On laws on reproductive rights

A Bill that the government of the land intends to make law, cannot be exclusivist (Excluding much or all; especially all but a particular group or minority) at the very outset (At the start, from the start); and at least, with the time of passage, it is imperative that it loses its biases. It cannot exclude certain categories of citizens from the benefits and rights that the law seeks to confer upon the people of the country. And, that is what the Assisted Reproductive Technology (Regulation) Bill, 2020, that was passed in the Lok Sabha on Wednesday, has done, by excluding two categories — LGBTQIA+ and single men. Undoubtedly, the time has indeed come for such a Bill; for government intervention to regulate the field of fertility treatments, and by seeking to establish a national registry and registration authority for all clinics and medical professionals in the segment, it will fill a vacuum. The Bill has provisions to protect the rights of the donors, the commissioning (to formally choose someone to do a special piece of work) couple and the children born out of ART, to grant and withdraw licences for clinics and banks depending on performance factors. It proposes to make it impossible for outlaws (A person who operates outside established norms) to operate within the system and profit from it, while exploiting patients. It also plans to put an end to illegal trafficking in embryos (a baby in the early stages of development before birth), and mistreatment of the poor coerced (To cause to do through pressure or necessity, by physical, moral or intellectual means) by their circumstances into donating eggs or sperm.

It is unfathomable (Incapable of being fully understood) that a Bill, so progressive by its very nature, would glaringly (of something bad) in a way that is very obvious) exclude members of the LGBTQIA+ community and single men. As citizens, these groups too have the right to exercise reproductive rights. The omission is particularly baffling (hard to believe) considering that the legislation has made provisions for single women too, apart from a commissioning heterosexual (Sexually attracted to members of the opposite sex) couple. The Union Health Minister said that several recommendations made by the Parliamentary Standing Committee had been considered. Unfortunately, despite expert recommendations to include both categories, the Committee recommended ‘it would not be appropriate to allow live-in couples and same sex couples to avail the facility of ART’ citing the best interest of the child born through ART. It also recorded that ‘given [the] Indian family structure and social milieu and norms, it will not be very easy to accept a child whose parents are together but not legally married’. While the law would do well to be cognisant of the sentiments of the people, its purpose is also to nudge retrograde social norms out of their freeze-frames towards broader acceptance of differences and preferences. Legislators have also pointed out that the Surrogacy Bill intrinsically connected with the ART Bill was pending in the Rajya Sabha, and that it would only be appropriate that both Bills be considered together before they are passed. The ball is now squarely in the court of the Upper House; legislators can still set right the omissions and introduce the spirit of justice in the letter of the law. 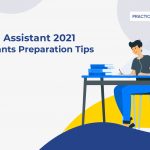 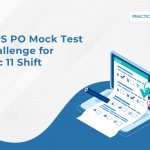