The virtue (good thing) of consistency: on India’s vaccination targets

India’s focus must be on vaccinating a large number every day and not record highs (a high point, level, or figure)

On August 27, Friday, India set a new record for a single day’s vaccination — 10.7 million doses, up from 8.3 million vaccinations on the previous two days and over 6.3 million doses on August 23-24. However, on Saturday, the numbers dropped sharply to 7.9 million; 3.4 million doses were administered on August 29, but Sundays have always registered low numbers. A similar pattern was seen on June 21 — 8.7 million doses on a single day, which dropped to 5.8 million the next day and remained nearly stable at over six million for a week; the number of doses administered (apply (a remedy or drug)) fell to three million-four million doses in the first half of July. The June 21 record appeared more to coincide (occur at or during the same time) with the day when the revised COVID-19 vaccination strategy came into effect, i.e., the Government procured 75% of the vaccines produced and supplied them to States for free. Though the record on August 27 does not coincide with any occasion, it does suggest that the intent was more to achieve a “momentous feat (an achievement that requires great courage, skill, or strength)” of crossing the 10-million mark; the steep fall in vaccinations the very next day gives rise to scepticism (a general feeling of doubt about something). During the pandemic, the focus should not be on setting records but on consistently vaccinating a large number of people daily and ensuring that vaccines are available at all centres every day; uncertainty in vaccine availability does not help in increasing uptake (the action of taking up or making use of something that is available) especially among the poor.

With vaccination being a safe and sure way to drastically cut the risk of hospitalisation due to severe COVID-19 disease and death, efforts should be to quickly and consistently vaccinate large numbers each day. For this, equitable (fair and impartial) and a regular supply of a large number of doses to all States is needed. One sure way to increase the number of daily doses is when the Government procures 100% of vaccines produced with no separate allocation to private hospitals. Precious time and doses were wasted between May and July 15 when private hospitals utilised only 7%-9% of vaccines produced against an allotment of 25%. The Government has belatedly (later than should have been the case) revised the June 7 policy such that manufacturers will not set aside 25% of vaccines produced for private hospitals but instead supply as per demand and allot the remaining to the Government. If the rationale (a set of reasons or a logical basis for a course of action or a particular belief) for allowing the manufacturers to sell vaccines to private hospitals at a higher price was to fund vaccine research, the small uptake by the private hospitals does not meet that objective. Hence, the Government should procure all the vaccines produced as this will help in better vaccine allotment to States, reduce vaccine inequity and increase uptake, and States can plan daily vaccination strategies in a more organised manner. 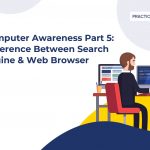 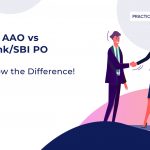