Rape and insensitivity: On the narrative of violence against women

The narrative of violence against women in India continues unhindered (able or allowed to happen or continue without being slowed, stopped, or made more difficult). On August 24, an MBA student was gangraped near Chamundi Hills in Mysuru, sending shock waves around the country. Four men and a juvenile (of, for, or relating to young people) have been arrested from Tiruppur in Tamil Nadu in connection with the rape. The men tried to rob the girl and her friend but on finding no valuables, they raped her and assaulted him. Earlier this month, a minor Dalit girl was raped, murdered and hurriedly cremated (dispose of (a dead person’s body) by burning it to ashes, typically after a funeral ceremony) in Delhi while the parents were kept away. In July, two minor girls were raped in Goa. Despite stringent ((of regulations, requirements, or conditions) strict, precise, and exacting) laws in place, especially after the 2012 Nirbhaya case in Delhi, a rape occurs every 16 minutes in India, according to the latest records available with the National Crime Records Bureau. To make matters worse, sexist, misogynist (a man who hates women), survivor-blaming remarks and inept measures invariably follow a heinous (very bad or evil) crime against women. Girls are pulled up for wearing ripped jeans, and staying out late. Sections of society, in their warped (having ideas that most people think are strange or unpleasant) thinking, often argue the survivor could have evaded the assailants by adhering to conservative norms: wearing traditional attire, skipping parties, returning home by sunset. Parents are blamed for not bringing up their girl children with ‘Indian values’. After the Mysuru rape, a similar pattern ensued. The Karnataka Home Minister, Araga Jnanendra, ‘joked’ about rape while accusing the Congress of ‘politicising’ it. He subsequently retracted (withdraw (a statement or accusation) as untrue or unjustified) his insensitive remarks after State Chief Minister Basavaraj Bommai stepped in.

Mysore University did a flip-flop (an abrupt reversal of policy) too, first announcing that girls would not be allowed to step off the Manasagangotri campus after 6.30 p.m., and then withdrawing the missive (a letter, especially a long or official one). Activists cried foul because the action showed the intent to blame everything on the girl. To do right by women, courts too should play a role, but despite some soul-searching as in Aparna Bhat & Ors vs. State of Madhya Pradesh & Anr., where the Supreme Court admitted to the “entrenched paternalistic and misogynistic attitudes that are regrettably reflected at times in judicial orders and judgments,” other verdicts have fallen short. Recent rulings by the Chhattisgarh High Court and the Kerala High Court, reiterating that any sexual act by a man against his wife, even if it involved force, is not rape, may be correct in law, but served to highlight the lacuna in the penal code, which does not recognise marital rape. In June, the Supreme Court had to order police protection to a couple in a live-in relationship who were denied relief by the Punjab and Haryana High Court. Women have come a long way, fighting for their rights against patriarchal mindsets and other social ills. Instead of curbing their freedom, society and the state must ensure protection of women both in public and private places. 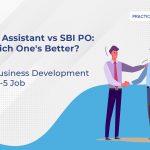