Filled to the nines (to a point of perfection): On Supreme Court’s appointment spree (a spell or sustained period of unrestrained activity of a particular kind)

Appointment spree in SC is welcome, and augurs well for diversity and representation

It is not often that nine judges are appointed to the Supreme Court at one go. In a welcome sign of cooperation between the judiciary and the executive, the President of India has signed warrants of appointment within days of the five-member Collegium (an organization for people who have similar interests or who do similar work) recommending eight High Court judges, including three women, and a lawyer for elevation. It is nearly two years since Supreme Court appointments were made, and some vacancies have been around for quite some time now. The latest round of appointments possibly signifies the onset (the beginning of something) of an era in which the two branches agree more and agree faster on the Collegium’s recommendations. The strength of the Bench goes up to 33, in a court that has a sanctioned complement of 34 judges. The presence of three women and the fact that different High Courts are getting representation are positive features and augur well for increasing diversity on the Bench. In particular, Justice B.V. Nagarathna’s elevation at this point of time means that she may become the first woman Chief Justice of India (CJI). The trend of appointing members of the Bar directly to the Supreme Court continues with the honour going this time to former Additional Solicitor-General, P.S. Narasimha, who is also in line to be Chief Justice by efflux of time.

A notable candidate whose name does not figure in the list is Justice Akil Kureshi, Chief Justice of the Tripura High Court, who is fairly high in the all-India seniority list of High Court judges. That the finalisation of the recommendations came about after the retirement of Justice Rohinton Nariman — and a change in the composition of the Collegium with it — may indicate that the names were the outcome of a compromise. It is not idle speculation to say that Justice Kureshi’s candidature may have been behind stagnation (the state of not flowing or moving) in the appointment process for a long time. Two years ago, a proposal by the Collegium to name Justice Kureshi as Chief Justice of the Madhya Pradesh High Court was recalled for accommodating the Centre’s sensitivities. He was later assigned to the Tripura High Court. In the larger scheme of things, the omission of individuals may not matter much, but it must not become a practice to sidestep (to avoid an issue or decision) suitable candidates without sufficient cause solely to accommodate the executive’s reservations. After all, the opaque (hard to understand or explain) collegium system is sustained only by the belief that it is a bulwark (a defensive wall.) against executive intervention. This raison d’être (the most important reason or purpose for someone or something’s existence) should not be lost sight of. Going forward, one would wish for fewer spells of impasse (a situation in which no progress is possible, especially because of disagreement) in judicial appointments, quicker processing of names, and greater consideration to social and regional representation. 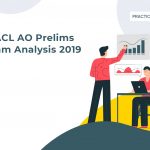 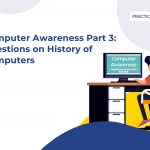 Computer Awareness Part 3-History of computers for All Bank Exams