Every aspirant who is preparing for the upcoming SSC CGL Tier I 2021 exam that is scheduled on May 29, 2021 must be looking forward for this article as in this we will be guiding the aspirants by telling them what all GA questions were asked in SSC CGL exam in previous year. Aspirants are generally curious to know about the General Awareness questions that are being asked in the exam as it may be helpful to the candidates those who have their exams in the upcoming shifts. So, here we have compiled the list for you of the General Awareness questions that were asked in previous year’s SSC CGL Tier I exam.

The General Awareness questions are always in great demand and a comprehensive list at one place will help the candidates a lot in preparing it all in a better way. The SSC CGL Tier I exam is 51 days away and thus there is ample time with the aspirants in order to crack this examination. For those who haven’t taken any free mock test yet must attempt the same so as to get an initial idea as what are your preparation levels. Moreover, analyzing the free mock test will give you an idea as on what all topics you will have to focus on. Before, moving onto the SSC CGL previous year GA questions let’s first take a quick glance at the SSC CGL Tier I exam pattern.

These are few questions that were asked in SSC CGL Tier I 2020 exam. Start preparing GA questions from this list and we will keep adding and updating more questions so that it will be beneficial for the candidates preparing for the upcoming SSC CGL examination. 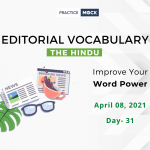 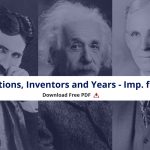