The Internet Protocol (IP) is the network layer communications protocol in the Internet protocol suite that relays datagrams across network boundaries. Its enables internetworking through its routing function, and sets up the Internet.

You may also like to read: Computer Awareness-Part 5- Notepad vs WordPad

IPv4 or Internet Protocol version 4 is the underlying technology that connects our devices to the web. Every time our devices access the Internet, it is assigned a unique, numerical label such as 192.0.2.1. A data packet must be transferred across the network containing the IP addresses of both devices, to send data from one computer to another through the web.

IPv6 is the next generation Internet Protocol (IP) address standard, which was intended to supplement by replacing IPv4. It is the protocol which many Internet services still use today. Every computer, mobile phone, home automation component, IoT sensor and any other device connected to the Internet needs a numerical IP address to communicate between other devices. IPv4, the original IP address scheme, which is running out of addresses because to its widespread usage from the proliferation of uncountable connected devices.

Difference between IPv4 and IPv6

The major differences between IPv4 and IPv6 are:

You may also like to read: Computer Awareness Part 5-Computer Networks-Types & Functions

Ans. IPv4 is the fourth version of the Internet Protocol (IP) and IPv6 is the mist latest version of IP.

Q3. How is IPv4 addresses represented?

IPv4 addresses are usually represented in dot-decimal notation, consisting of four decimal numbers, each ranging from 0 to 255, separated by dots.

Q5. Is the Checksum field available in IPv4 or in IPv6? 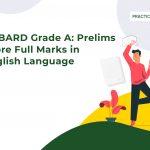 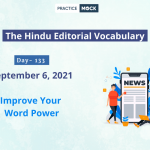