We are here with this month’s Bazooka edition. Bazooka as the aspirants must be knowing by now is a monthly current affairs PDF which is absolutely free to download and we are here with February’s Bazooka edition. Current Affairs plays the most important and an inseparable part of any major banking, government and insurance exams. Most of the questions asked in the major examinations are from the General Awareness. This month-wise editions of our free current affairs magazine which is followed by many aspirants while preparing for major banking, government and insurance exams. In this edition candidate will get to know insights related to National events including State events too, economy & business news, reports & schemes, Person in news, awards & recognition and many other important information related to General Awareness. Download this months Bazooka edition and give it a read.

This is all we have for Bazooka February 2021 edition of our monthly current affairs magazine. Click here to Download previous Bazooka PDFs. 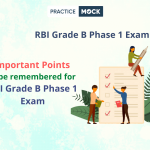 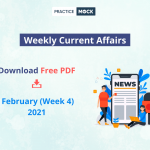