Error spotting questions are quite common in almost every banking or insurance exams. Knowing such rules help in solving the error detection questions really well. The notable advantages of error spotting rules are getting better at grammar, knowledge of tenses, and makes you confident because you are not attempting a question based on flukes. We have already published the part-1 which has 12 rules mentioned. In this article, we will again feature 12-15 rules.

A rule is mentioned first, and then a correct or incorrect statement is given to make you understand the application of that rule.

Incorrect – Mohammad Rafi has sung a lot of classics songs.

Correct – Mohammad Rafi has sung a lot of classic songs.

There are many such nouns when used in a sentence will make you think that a plural should be used but instead, they always used as singular nouns and are attached with singular verbs. For example – poetry, innings, repair, economics, physics, ethics, news, business, bedding, furniture, etc.

Some nouns are singular in meaning, but they are used as plural nouns and always take a plural verb.

Incorrect – All the cattles went for grazing.

Correct – All the cattle went for grazing.

Some nouns are always used in a plural form and always take a plural verb.

Incorrect – Blue jeans was first patented by Levi Strauss and Jacob Davis on May 20, 1873.

Correct – Blue jeans were first patented by Levi Strauss and Jacob Davis on May 20, 1873.

There are some nouns that indicate length, measure, money, weight, or number. When they are preceded by a numeral, they remain unchanged in form.

Incorrect – I will stick with my current job as the money are still good there.

Correct – I will stick with my current job as the money is still good there.

Some of the collective nouns such as jury, team, government, public, audience, company, etc. Are used both as singular and plural. It depends on their usage.

The Rajhya Sabha was unanimous over the final bill verdict.

The above sentence has no error because the collective noun used is singular in nature and has a singular verb attached to it.

Incorrect – The Rajhya Sabha was at sixes and sevens over the final bill verdict.

Correct – The Rajhya Sabha were at sixes and sevens over the final bill verdict.

Some nouns have one meaning in singular and another in plural. For example – Authority = command, and Authorities = people in power, Good = wise, Goods = physical property

Incorrect – Virat Kohli took advices from Sachin Tendulkar with regards to his batting before leaving for the England cricket tour of India.

Correct – Virat Kohli took advice from Sachin Tendulkar with regards to his batting before leaving for the England cricket tour of India.

Advices would mean seeking information and advice means to seek tips or suggestions.

A pronoun must agree with its antecedent in person, number, and gender

Incorrect – When a teacher doesn’t agree with their student’s demands, the teacher should not support that demand.

Correct – When a teacher doesn’t agree with his or her student’s demands, the teacher should not support that demand.

Teacher is used as a singular, so it should be followed by a singular verb.

Incorrect – Each of the seven surgeons in the hospital has successfully completed their surgery.

Correct – Each of the seven surgeons in the hospital has successfully completed his surgery.

When a singular and a plural noun are joined by ‘or’, ‘nor’, the pronoun must be plural.

Incorrect – Either the doctor or the nurses failed in his duty.

Correct – Either the doctor or the nurses failed in their duty.

‘Whose’ is used for living persons and ‘which’ for lifeless objects.

Which book did you select?

Whose bag is lying there?

Use of elder, older. ‘Elder’ is used for persons of the same family. ‘Older’ refers to persons as well as things and is followed by ‘than.’

Incorrect – Harish is elder than all the academy students.

Correct – Harish is older than all the academy students.

If the subject is ‘the number of’ the singular verb is used. And when the expression (‘a + number + of) is used, plural verb is used.

Incorrect – The number of egg trays are quite a few.

Correct – The number of egg trays is quite a few.

Incorrect – A number of students is failed the exam.

Correct – A number of students have failed the exam.

Stay tuned for the part-3 which is coming soon on the coming Monday. 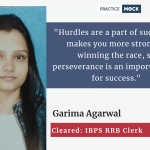 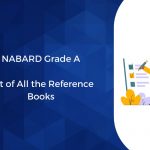 NABARD Grade A: List of All the Reference Books

How to prepare for SBI Clerk Exam? SBI Clerk Tips-Tricks