You can expect 7-10 questions from this topic in the mains phase of IBPS RRB Clerk 2021.

So, it is important that you have a very clear idea of the basics of verbal reasoning, in order to solve the questions with ease in your bank exams.

You might love to know: 4 Ways to beat RRB Clerk 2021 via Mock Tests

The reasoning ability section comprises logical and verbal reasoning. The topics that you need to cover in the reasoning section are as follows:

You may also like to read: IBPS RRB Clerk 2021:30 Days Study and Revision Plan-Just do it!

Given below is a question with a simple solution to show how questions on Cause and Effect must be approached:

I. Florida faces the threat of being overwhelmed by the rising seas.

II. State officials agreed to push ahead with a plan to elevate streets throughout Florida.

c) Both the statements I and II are independent causes

d) Both statements I and II are effects of independent causes

Solution: Statement I gives us the cause – Florida faces the danger of being submerged by the rising seas. Statement II gives us the effect – officials are planning to elevate streets throughout the state. Thus, (a) is the right answer.

You can follow the above-mentioned approach in dealing with questions on Cause and effect to reach a correct solution. Practice more questions and try to answer them as quickly as possible with accuracy.

In problems on the Course of Action, you should only follow the prescribed course of action when it satisfies two criteria. On one hand, it identifies whether the fact or situation will improve due to the course of action mentioned or not. And on the other, if it is practically possible in the real world. The statement in the Question talks about a simple fact, not a problem, and just a situation. In addition, the prescribed course of action suggests methods or ways of improvement. These problems usually give more than one statement followed by Courses of Action.

Here is an example to show you how to approach such questions:

Directions (Q6.): In the question below, few statements are given depicting an issue or a problem. You have to assume everything in the statements to be true even if they are at variance from commonly known facts, and on the basis of the information given in the statements, decide which of the suggested courses of action logically follow(s) for pursuing.

Statement: A rare “black fungus” that invades the brain is being increasingly seen in vulnerable patients in India. The infection, called mucormycosis, is very serious, has a high mortality, and you need surgery and lots of drugs to get on top of it once it takes hold.

I. People with suppressed immune systems should be put in positive pressure rooms when they are admitted to a hospital as it prevents acquiring infections like mucormycosis.

II. Once infected, patients should undergo surgery to clear out the source of the fungus, which is usually the sinus, and the back of your throat.

a) Only I follows

b) Only II follows

c) Either I or II follows

d) Neither I nor II follows

Solution: (c) is the right answer. The statement tells us about a fatal “black fungus” that has been infecting vulnerable patients in India. One way to save patients from the fungus is to prevent the infection, for which they need to be put in a positive pressure room, as suggested in I. If the hospital fails to put them in a positive pressure room and they end up acquiring the infection, they need to undergo surgery, as suggested in II. It is clear that it is either I or II that can save patients from succumbing to mucormycosis.

Here’s how you how to approach this problem:

Directions: In the question given below, a passage/statement is given followed by statements that may or may not strengthen/weaken the assertion made in the passage. Answer the questions as per the individual direction given.

Statement: Drugs may not always be equally efficient against disease and diseases may become drug-resistant as they evolve.

1. In Cambodia and neighboring countries, the artemisinin drug compounds widely used against malaria are no longer always effective.

2. A study in Rwanda, published in the Lancet Infectious Diseases journal, shows that the feared erosion of efficacy of the malaria drugs may have begun.

3. A drug may have to undergo years of testing before it is introduced in the market.

Which of the following statement/(s) strengthens the argument made in the statement?

Solution: (b) is the right answer. The premise of the argument is that drugs are not always equally effective on a disease as diseases may become drug-resistant with time. 1 supports the statement by stating that the artemisinin drug compounds that are used against malaria are no longer always effective in Cambodia and neighboring countries. 2 also strengthens the argument by mentioning a study that shows that the fall inefficacy of the malaria drugs may have begun.

3 is incorrect as it talks about how long a drug may have to undergo testing before it is introduced in the market.

Questions on Statement and Assumption involve stating a statement, which is followed by two or more assumptions. You will be required to answer which assumption follows.

Let’s take a look at the example given below to learn how to approach it!

Statement: A vaccine against malaria has shown promise in early clinical trials, raising hopes that it might one day prove to be an effective weapon against one of the world’s biggest killers of children.

I. Malaria is not fatal for adults.

II. The vaccine will go through multiple stages of trial before being approved.

a) Only I is implicit

b) Only II is implicit

Solution: The statement tells us that malaria is one of the biggest causes of death among children across the globe. However, it does not say that malaria can kill only children, not adults. It does not follow. The statement also talks about the early trials of the vaccine, which suggests that there will be further stages of trial that the vaccine will have to go through before being approved. II follows. Thus, (b) is the right answer.

In Inference and conclusion-based questions, you have to choose the most appropriate conclusion or inferences based on the given problem after properly analyzing all the conditions provided for that problem. You need to get to the essence of the passage and the logic behind any assumption and find the connection between them.

Given below is a perfect example of how to solve such questions:

Directions: In the question given below, a statement is given followed by five statements. You need to choose the option that helps you to infer the given statement as you answer.

Faced with climate change, farmers in Jammu and Kashmir are switching from maize to essential oils. More than 200 farmers on the hilly slopes of Jammu’s Doda district have shifted from maize to lavender production, starting a “purple revolution” in the region. Lavender, a drought-resistant crop, can be grown on poor soil and likes lots of sun but needs little water.

a) Lavender can only be grown in Jammu and Kashmir.

b) Maize is not a drought-resistant crop.

As verbal/logical Reasoning tests your analytical and logical reasoning ability skills, it can be sharpened overnight without making any effort or any practice. It is important to practice the questions with the right strategies and tricks mentioned above. A smart approach will prove beneficial in improving your score. The best advice to build command over this section is ‘practice’. The more you will practice, the easier will become the solutions, and the better will be your score. Hence, if you will start solving as many questions as you can, and attempt regular Mock Tests to check your progress, the success will surely knock on your door. 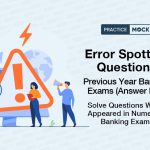 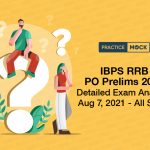