The recent Allahabad High Court verdict that a penetrative (having the power of entering or piercing) sexual assault on a 10-year-old boy by an offender did not amount to an aggravated form of the crime appears to be per incuriam (through lack of care), that is, a ruling handed down without due regard to the law and facts. The offence that was proven in the trial, and endorsed without demur ((law) a formal objection to an opponent’s pleadings) by the High Court, involved the child being made to perform an oral sexual act. The Court agrees that it was a “penetrative sexual assault” as defined by the Protection of Children from Sexual Offences (POCSO) Act, as the accused had put his member (An external body part that projects from the body) into the victim’s mouth. However, it did not amount to “aggravated penetrative sexual assault”, a crime punishable with a minimum prison term of 10 years that can go up to life, Justice Anil Kumar Ojha has said. Instead, it was punishable under Section 4 of POCSO, which prescribes a minimum seven years. Accordingly, he reduced the trial court sentence of 10 years in jail to seven years. The High Court is palpably (Clearly revealed to the mind or the senses or judgment) in error, as it failed to note that a sexual offence takes the character of an aggravated form of the same offence in certain circumstances under POCSO. The main circumstances involving aggravation given in Section 5 are where the offender is a police officer, a member of the armed forces, a public servant or someone on the staff of a jail, remand home, hospital, educational or religious institution, or any place of custody or care and protection.

However, these are not the only circumstances. Where the crime involves a group of offenders, or is done repeatedly, or when it pertains to the use of deadly weapons or causes grievous (Causing fear or anxiety by threatening great harm) harm or injury, or leads to physical or mental incapacitation (to make legally incapable or ineligible), pregnancy, or disease, it is also an aggravated form of the offence. Significantly, Section 5(m) adds “whoever commits penetrative sexual assault on a child below 12 years” to this list. The High Court seems to have missed either this legal provision while reducing the sentence, or the fact that the child was about 10 years old when the offence took place. The fact that the convicted person will stay in jail for seven years will not obviate (Do away with) the deleterious (causing harm or damage) effect of the ruling — that a particular act, amounting to a penetrative sexual act, does not attract the punishment prescribed for its aggravated form — will have on lower courts trying similar cases. It is a matter of coincidence that this ruling came from the Allahabad High Court on the same day as the Supreme Court’s judgment underscoring the importance of not diluting the gravity of an offence against a child by ignoring the plain meaning of POCSO’s provisions. The verdict in Sonu Kushwaha vs State of U.P. is a fit case for review, as it seems to be based on an error of law. 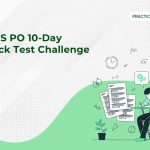 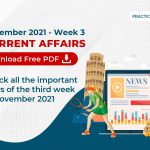