Russian President Vladimir Putin has concluded a short summit meeting with Prime Minister Narendra Modi in New Delhi, highlighting the “all-weather” (in or suitable for all types of weather) partnership between the two countries despite trying global circumstances. Not only does the President’s visit come as the world faces the grim (unpleasant or shocking to see or think about) prospect of the Omicron variant of the COVID-19 pandemic, but it also follows years of growing proximity between New Delhi and Washington, a potential irritant to Moscow. Simultaneously, the China factor has been steadily pulling the India-Russia bilateral tango (A type of energetic dance) in all the wrong directions. While Russia relies on cordial (Politely warm and friendly) ties with China to stabilise its interests in an unstable Afghanistan post the U.S.’s exit, New Delhi and Beijing have scarcely seen eye-to-eye (be in full agreement) on border tensions and geo-political rivalry across the Asia region. Notwithstanding these reasons for possible strategic dissonance (A conflict of people’s opinions, actions or characters), India and Russia reaffirmed the strength of their abiding deep, multi-decade ties, building further confidence in each other through substantive defence agreements. Moscow has agreed on a 10-year military-technical plan that includes technology transfer to India. And trade received a fillip (Anything that makes one feel encouraged) through an agreement for India to produce more than 600,000 Kalashnikov assault rifles. For India’s part, despite resistance from Washington through its Countering America’s Adversaries Through Sanctions Act, New Delhi will proceed with purchasing the S-400 missile defence system from Moscow.

The challenges facing Mr. Modi and Mr. Putin in terms of maintaining this momentum in bilateral exchanges are multidimensional. First, and most imminently ((esp. of something unpleasant) likely to happen very soon), the pandemic has periodically crippled (Deprive of strength or efficiency) the growth of both economies and the threats to public health remain despite considerable progress with vaccinations. Second, Russia-U.S. ties are showing signs of fraying (Cause friction) yet again, this time over U.S. President Joe Biden’s intention, reportedly, to warn Mr. Putin that Russia will face “economy-jarring sanctions” if it seeks to occupy Ukraine, a fear that has grown in the U.S. as Russian troops massed near the Ukraine border. India has so far held firm to its mantra of ‘strategic autonomy’ in a multipolar world, but South Block will have to work hard to manage the tightrope act between Moscow and Washington. Third, India and China have forged an uneasy truce across their Himalayan border in the aftermath of the Galwan valley exchange in 2020, yet there are numerous potential flashpoints that could send ties into a spiral again, including China’s historically provocative actions in the South China Sea and its thinly veiled insecurity about India joining the Quad for Indo-Pacific security. Moscow has adroitly managed to remain friends with both its mega-neighbours, but it will require a robust focus on confidence-boosting cooperative initiatives if India and Russia are to safely navigate the complex geopolitical landscape that they occupy. 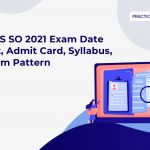 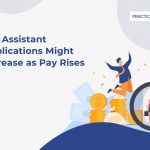