On November 22, the Director-General, ICMR, said that there was no scientific evidence thus far to administer (give or apply (medications)) a booster vaccine dose to fully vaccinated people. The priority instead was to increase the percentage of people who are vaccinated with two doses. The Health Minister too said the priority was on fully vaccinating all adults than on booster shot immunisation though adequate vaccines were available. Even when there was growing clamour (Loud and persistent outcry from many people) from a few States for booster doses once the new variant with higher transmissibility causing a huge surge (A sudden forceful flow) in cases in South Africa became known, the Government has reiterated that any decision on booster doses will be based solely on scientific recommendations. Although over 65 million people in the U.S. are unvaccinated, on October 21, a booster shot was approved for all above 65 years and certain categories of young adults. It was later expanded to include all adults. Many countries in Europe too have approved booster shots, having based their decision at least partially on vaccine effectiveness data. Such evidence has become available in India only very recently. One study found Covishield to be 85% protective against moderate or severe disease and 63% protective against symptomatic infection, while another found Covaxin to be 50% effective against symptomatic (Characteristic or indicative of a disease) infection. Both studies were undertaken during the peak of the Delta variant-driven second wave.

The effectiveness of both vaccines against the Omicron variant is unknown. While this variant appears to be far more transmissible than the Delta variant, disease severity (The quality of being hard to endure, uninviting or formidable) and the age groups most vulnerable (Susceptible to attack) to disease are not fully known. Despite these uncertainties, it might still be prudent (Careful and sensible) to approve booster doses for people older than 60 years and young adults who are immunocompromised (Become unable to develop a normal immune response usually because of malnutrition, immunodeficiency or immunosuppressive therapy) or have comorbidities. But administering booster doses cannot be at the cost of increased coverage of the first dose and full vaccination. Also, the need to begin immunising adolescents cannot be ignored. Over 1.26 billion doses have been administered as on December 4, with nearly 85% receiving one dose but only over 50% being fully vaccinated. Though the door-to-door vaccination campaign held last month witnessed 11.7% increase in second dose coverage, there is still a sizeable percentage of the population in the priority groups who are not fully vaccinated. Over 8% of health-care workers, 30% of those above 60 years and over 33% of people aged 45-59 years are yet to be fully vaccinated. The rapid global spread of the Omicron variant might also lead to increased vaccine uptake (A process of taking up or using up or consuming). While a sufficient supply of Covishield, which accounts for nearly 90% of vaccines administered, might be able to meet the demand, the priority should be to increase vaccine coverage and not boosters, particularly so as India will be under pressure to supply vaccines to the global South. 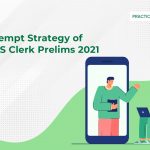 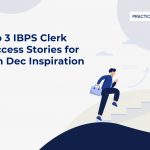