As all the Banks around the Country have been computerization, Computer Awareness section has become an inevitable part of every Bank Exam. The Computer Knowledge Section in Bank Exams has a good weightage of marks. So, you need to score well in the computer knowledge section to increase your overall score in the Exam. In his article, we are here to supply you with the important topics that can lead you to ultimate success.

The basic knowledge in Computer Hardware and software will be tested. Go through the following content to know more about the important topics of this section:

Given below are 10 important topics you need to explore to counter any Bank Exam.

Here we will discuss the components that build up the basics of computer organization. This will include the types of memory and memory devices. Input and output devices and peripheral devices. All specifications will be discussed in detail.

Learn about different generations of operating systems and types of Softwares.

Computers needs a language to understand and interpret the commands given by humans. You need to explore how and why it does so.

The computer has a memory block which it understands and is like the SI unit system in science. MB, KB, GB, you may have heard, are a few examples of the memory storage units.

This topic will broadly cover all the subparts of MS office, extensions given to the file and conversion of files into different formats and the change in their extensions.

5 components of the computer network, their types, the architecture that is followed, terminologies and the topologies involved, everything will be discussed in detail.

Every system needs a management system to store the files and folders fed in their memory. Database management system enhances the file handling and storing experience for the users. You need to cover the architecture and glossary used in the DBMS.

Learn about Network and the Abbreviations and common technical terms. You need to understand and memorize some words and glossaries.

Following are some more important topics that you need to cover:

Given below is a list of 5 books that you can consider to prepare Computer Awareness:

Q 1. Computer Awareness is included in which major government exams?

Ans. SSC, Bank, Insurance, RRB exams like NABARD Grade A & NABARD Grade B Exam, IBPS RRB Mains-Officer Scale I, and RRB Clerk or Office Assistant, etc. are few of the major competitive exams in which Computer Awareness is included.

Q 2. How to prepare Computer Awareness for the bank exams?

Q 4. Which are the common Computer Awareness topics? 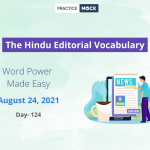 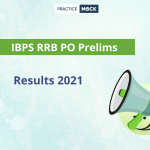 IBPS RRB PO Prelims 2021 Results are Out – All Details