For those who have been eagerly waiting for December 2021’s Bazooka edition, their wait is now over as we are here with our monthly current affairs PDF December 2021 edition. Current affairs as we all know play a crucial role as far as competitive examinations are concerned and thus aspirants preparing for all major banking, government and insurance exams must give full attention to this thereby making sure that they are well versed with this. The banking and insurance exams have a dedicated section for General Awareness which is to evaluate a candidate’s knowledge about the latest events happening around including both national & international. This is the prime reason why we create Bazooka for all our aspirants. Bazooka as many of you must be knowing is PracticeMock’s monthly current affairs edition that helps you with your current affairs preparation.

Our Bazooka editions not only include national affairs, but it is a comprehensive current affairs PDF that includes all important State & International affairs too along with Business & Economy, Finance & Banking, Person in news, Obituaries & many other important sections. Keeping the upcoming exams for this year 2022 in mind such as SSC CGL, RRB NTPC, SBI CBO, ESIC UDC, IBPS PO Mains & RBI Grade B etc our experts have curated Bazooka’s content. It is a comprehensive compilation of all the important daily current affairs that will be helpful for the aspirants preparing for bank & government exams.

Bazooka December 2021 Edition – What is Included?

3. The 27th edition of the Cooperation Afloat Readiness and Training (CARAT) maritime exercise has been conducted virtually between the US military personnel and Bangladesh Navy (BN) in the Bay of Bengal.

4. The UNESCO has recently presented UNESCO Asia-Pacific Award for Cultural Heritage Conservation to the Nizamuddin Basti Project. The project has been awarded for its conservation efforts under the Special Recognition for Sustainable Award and Award of Excellence categories.

Read More by downloading the Bazooka December 2021 edition by clicking the link below.

This brings us to the end of the article. We sincerely hope that this free current affairs DPF will be helpful to you for preparing for all the upcoming exams of this year. For more such monthly current affairs PDFs, download all previous editions from here. 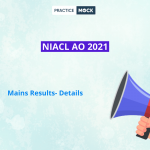 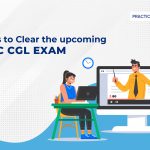 How to Crack SSC CGL 2021 Exam in Very First Attempt!

500+ Most Important Current Affairs for IDBI Executive & AM